Roosters fullback Michael Gordon faces a nervous wait for scans on a pec injury suffered late in his side's 14-12 win over South Sydney on Friday night but teammate – and likely short-term fullback replacement – Connor Watson appears to have survived a hit from a teammate unscathed.

‌Gordon was outstanding in the narrow win, which moves the Roosters up to second and shores up a likely top-four finish.

He kicked three crucial goals from as many attempts, made an even more crucial try-saver on winger Alex Johnston (who crossed for five fewer tries on Friday than in a romp against Penrith a week earlier) and was safe at the back all night.

However he was forced from the field with seven minutes remaining clutching his left arm and later left the Roosters sheds with the arm in a sling. He appeared to suffer the injury flinging his arm out to attempt a tackle on a try-bound Bryson Goodwin in the 67th minute.

"I think he's hurt his pec but I don't think it's too bad, I'm hoping it's not too bad," Roosters coach Trent Robinson said after the game.

"He did it about five minutes before he came off which I'm think is a good sign but Mick also came off and Mick doesn't come off easily."

He had plenty of praise for Gordon's efforts in the tense win.

Watson had his own issues; he copped a shoulder in the back from teammate Isaac Liu in the 70th minute and came off looking in considerable pain but returned just four minutes later to replace Gordon at the back.

"I think it was Isaac Liu who cleaned him up in his back," Robinson said.

"He was a bit sore, he didn't want to come off but I wanted to get Jared back out there then as soon as Mick was done, [Connor] has trained a lot at fullback for us so it was a good replacement. I thought he did a great job in filling in there."

Overall, Robinson was pleased with the hit-back after a big last-start loss at Gosford to the Sharks and thought it was the best the team had played in "six or seven weeks".

"I was really, really proud of them," he said, particularly given the absence of four Origin stars.

"It was a Roosters style [win] where everybody stuck to their task and it was a good grinding win in the end. I was really proud of the guys the way that they played. That was really disappointing for us last week.

"We needed to get our lessons, which we did but then with a few guys out we needed to play a style that we wanted to be proud of but also that we thought was going to get us towards the victory." 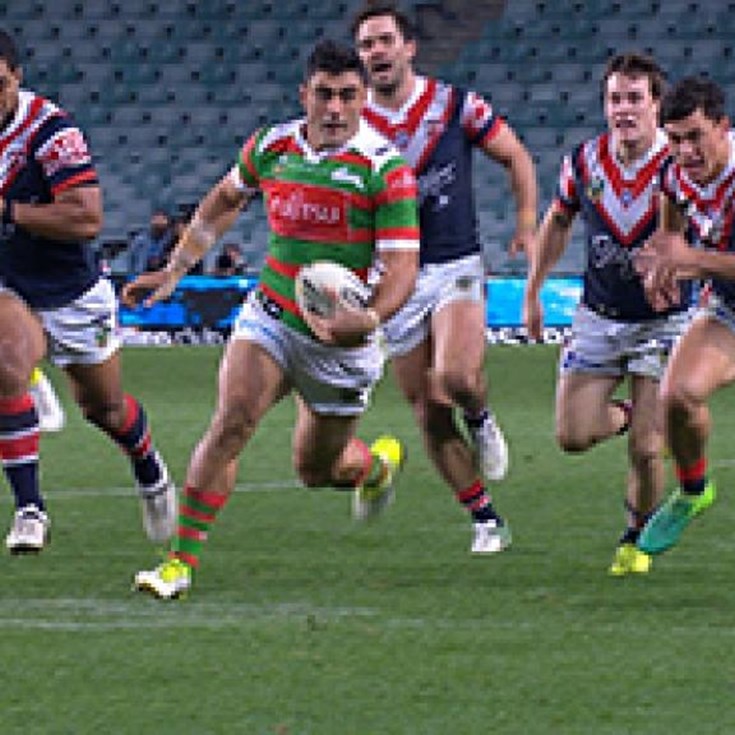