Rapana was risking a possible two-match suspension if he unsuccessfully fought the charge at the judiciary.

His Canberra teammate Sia Soliola has been referred straight to the judiciary on a dangerous contact charge after a tackle on Billy Slater and will have his case heard on Tuesday night.

In other judiciary news Danny Fualalo (dangerous throw), Leivaha Pulu (tripping) and Solomone Kata (dangerous contact - other) have all entered an early guilty plea for their respective charges, with Pulu fined and Fualalo and Kata narrowly avoiding suspension.

Wests Tigers halfback Luke Brooks has until midday on Tuesday to respond to his tripping charge. 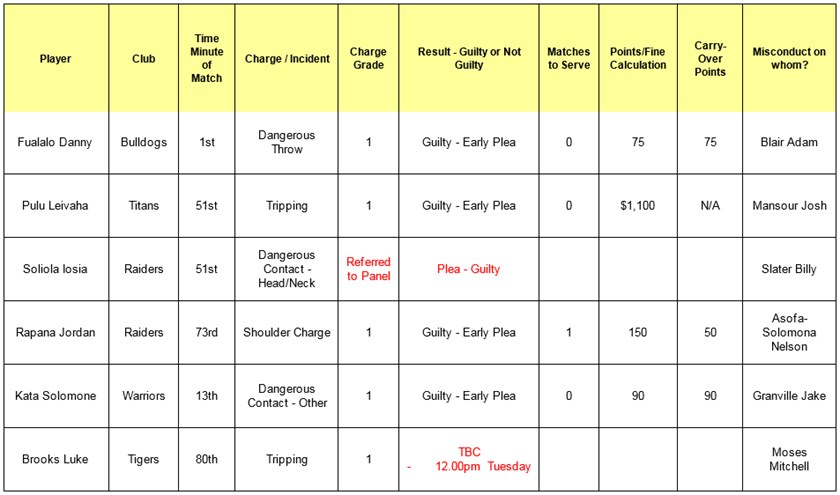