Rabbitohs prop George Burgess says he harbours no ill will towards Mark Carroll after the former South Sydney hard man suggested George and his twin brother Tom should lose some weight if they wanted to remain a force in the NRL.

‌It's been a difficult year for the English duo with both big men struggling to recapture the form that saw them lead the Rabbitohs to a drought-breaking premiership in 2014.

However, Tom (161 metres in 31 minutes) and George (122 metres in 41 minutes) produced arguably their best games of the season as South Sydney took care of the Bulldogs 28-14 at ANZ Stadium on Thursday night.

Carroll's words could have easily distracted the brothers, but that wasn't the case according to George who said his weight was hovering around the 123kg mark.

"To be honest I didn't really see what he said, but he's a good friend and he's just looking out for us, I suppose," Burgess told NRL.com.

"I think he just gets a bit excited sometimes and just says stuff, but I'll forgive him for that because he's got a big heart and he's a good fella.

"[Our weight] is one of those things that people want to comment on, but at the end of the day, if the team's winning then it doesn't come into the equation. It's just one of those excuses people look for.

"We've just been building with our training in the last few weeks. I try not to listen to any criticism or outside noise – obviously you try to take it on board – but you can't take it on too much because it can overcloud your head sometimes."

Rabbitohs coach Michael Maguire was proud of the way the twins had responded and said they would play a key role in helping the club rebuild after a difficult couple of seasons.

"They've been under all sorts of pressures through the way people talk about them but I thought both of them tonight, I was really happy for them," he said.

"Tom showed a really great performance and George has been working hard at his game. They've been put under a fair bit of pressure through all different sorts of media and outlets, but I'm just really impressed with how those boys are playing.

"I think the way they performed tonight tells the story about what they see. They really believe in this club and I'm really proud with how they've gone through this last little period. They'll keep building their game, they know that there's still a long way to go in what we become as a club and what we want to do within this team, and those two are buying in big time."

Thursday's performance was a proud occasion for older brother Sam Burgess who had to sit back as his siblings copped it about their size.

"I'm really proud of the boys," he said.

"Tom was fantastic tonight, but I think we've got to look at team performance too. We just make it easier for the big boys when we complete and hold onto the ball. It's a bit of a vicious circle I think. We found a game in terms of completion and it just makes it easier for everyone to do their role.

"I'm certainly proud of the way Thomas and George have handled themselves." 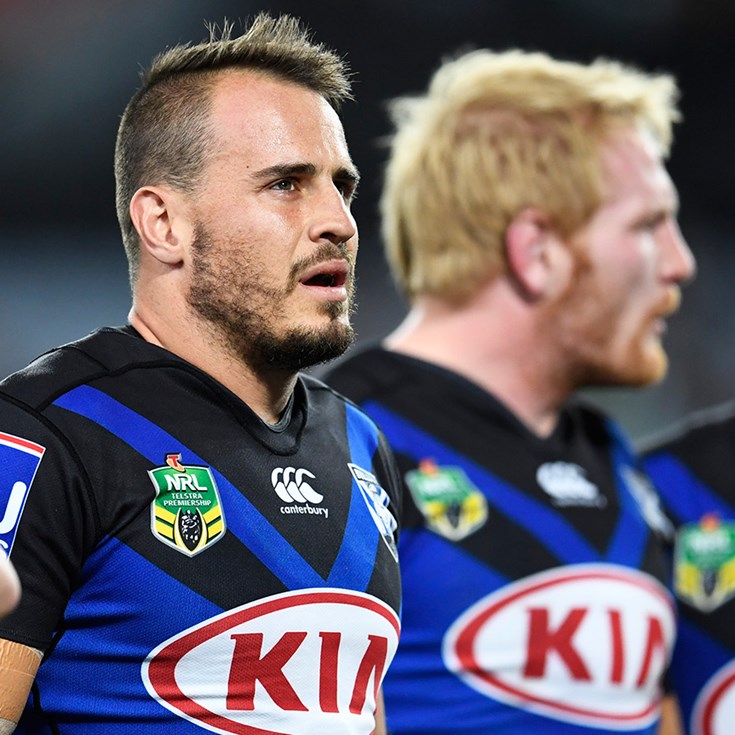 'We were our own worst enemy': Hasler