The North Queensland Cowboys have a huge spectrum of rugby league – and grand final – experience, with 13 players who have previously made it to the big dance but four who have barely played a season of NRL.

‌Shaun Fensom has 158 games of experience, but Te Maire Martin, Corey Jensen and Coen Hess have just 75 games between them and of those only Hess has big-game experience, having played two State of Origin matches and been a member of the Cowboys' finals campaign in 2016.

Despite the lack of experience the Cowboys are confident that the team as a whole won't be overwhelmed by the hype that surrounds the game's biggest week.

Fullback and 2015 Telstra Premiership winner Lachlan Coote has his own eyes set on the prize, and has no plans of taking them off the game on Sunday.

"You always get told to enjoy the week and embrace it and stuff like that but what really matters is getting that win at the end of the day," Coote said.

"We know what's ahead, we know what we have to do, we have to focus on our preparation and make sure we nail that and the game will take care of itself."

Kyle Feldt is one man who definitely rose to the occasion of the 2015 decider, and is confident the experience will help the side get through the week, and that it will filter down to the younger players in the group.

"I learnt from my first one just to lap it all up and don't play the game too early in the week," Feldt said.

"It'll be pretty hard, we've got a lot of young fellas in the team and we've just got to try and show them a bit of experience and learn from what we've done I guess."

Coach Paul Green has echoed that sentiment, and believes the week needs to be a balance between enjoyment and focus.

"You want to embrace it, you want to enjoy it because… it's not a normal week so you've got to enjoy that but you can't let it distract you from what' most important and that's getting ourselves ready for a game of footy on Sunday," Green said.

"I think we got it right in 2015, I think the boys did a really good job at… getting that balance right between enjoying the moment and enjoying the week and then also making sure we train well."

"It's good having those guys around in the group, they can get some good tips to some of the younger guys who haven't been through it." 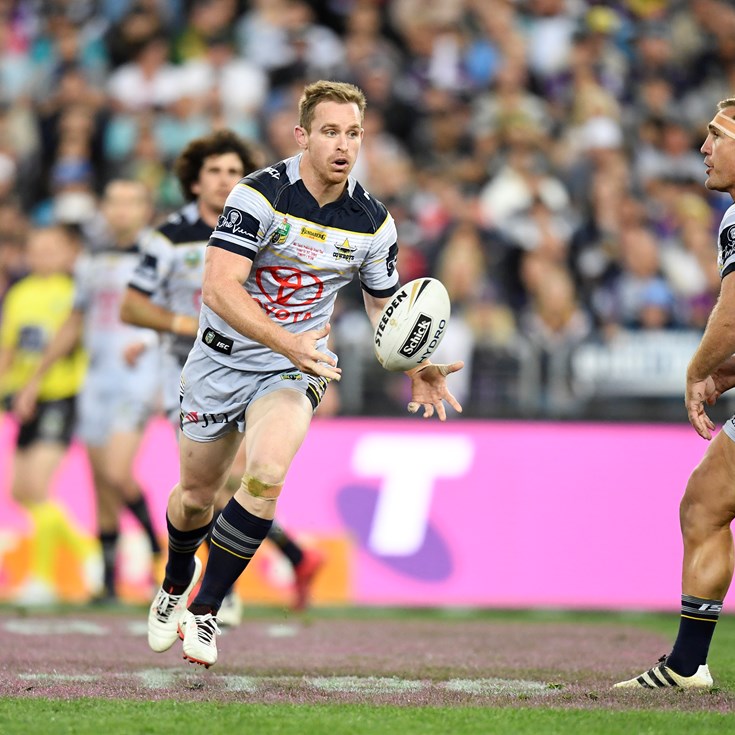 Cowboys pull off the great switcheroo

The making of Michael Morgan