The NRL and the Rugby League World Cup have announced a special ‘Rugby League Reads – World Cup’ magazine for school students ahead of the 2017 tournament.

The World Cup edition is the first of its kind and provides students with a tailored education resource for fans of rugby league to learn all about the World Cup, the heritage of teams and some of the star players of the tournament.

Sims, who features in the magazine as one of three profiled Women’s World Cup players, said the learning resource would be a popular edition to classrooms in the lead up to the World Cup.

“For many players, this is a once in a lifetime opportunity to play in a World Cup and it’s a real thrill to be able to share the history of the World Cup and some of the interesting facts about participating nations with students,” Ms Sims said.

“For me personally, this tournament has been a goal of mine for a long time and with just over a month until the Women’s Rugby League World Cup gets underway, I can’t wait to run out in front of a huge home crowd!” 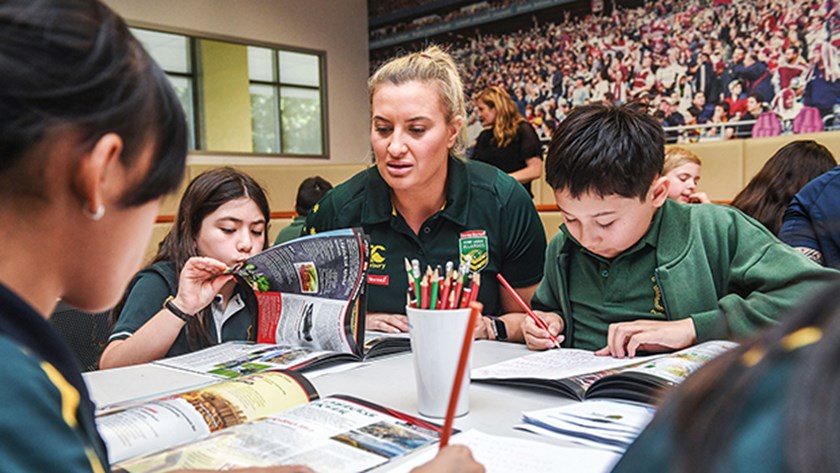 Mr Hill said the 2017 Rugby League World Cup was expected to be the most watched and most attended in the tournament’s 63-year history.

“We’ve experienced a large uptake in tickets across all matches and it’s important to be able to share the World Cup experience with fans of all ages and in particular, our next generation of rugby league players and fans,” Mr Hill said.

“The Rugby League Reads World Cup edition has everything from learning how to do the Haka, to how far teams will travel to participate in matches; quick facts on participating countries and much more.

“The magazine is another legacy piece, ensuring that the history, importance and excitement of the World Cup lasts well beyond this year’s tournament.”

Click here for more information on the special edition magazine, including how to order copies for classrooms.

Presented by
7 hours ago