Fiji have dominated the USA Hawks 58-12 in their opening Rugby League World Cup match, with a first-half blitz seeing the favourites run in seven tries at Townsville Stadium.

It was the expected result and even the bravest of efforts from the USA couldn't stop the talent on show in the Fiji side. The only major injury was to Fiji's Kane Evans, who left the field with a suspected broken wrist.

Fiji started their night in the best possible fashion, with good metres down the field offsetting a poor kick, which bounced out off the USA. They made good use of the attacking position, spreading the ball wide to winger Vunivalu, who popped a perfect offload inside to centre Milne who managed to plant the ball down in the corner.

The Hawks used their first attacking opportunity to secure field position, kicking the ball out over the 30 metre line. It wasn't enough to stop Fiji Bati, as they once again found space on the USA's left side, but this time Milne kicked inside for Naiquama to clean up and score.

They extended their lead with some simple football, as a quick play-the-ball opened space up on the USA's left side of the field once again. Milne took a simple short ball and his strong line choice and hard running was enough to make it a double and extend Fiji's lead to 16 after a successful conversion.

The USA didn't help their cause when they kicked it out on the full from the restart, and this time it was Akuila Uate who found the line, off a long pass from broken play in the centre of the field.

Jarryd Hayne earned his first try assist of the 2017 Rugby League World Cup with a perfect inside ball to Kane Evans who crashed over to score. The front-rower injured himself in the process, and was taken from the field holding his arm aloft.

The USA struck back when Kristian Freed decided to run on fifth tackle, finding second-rower Matt Shipway. The big back-rower put on a good left-foot step to turn the Fiji defenders inside-out as he dived over to score.

It wasn't enough to deter Fiji, as they rolled up the field consistently and only had two tries denied by desperate USA defence. Hayne showed the clinical skills he brought to the side, with a long kick finding US fullback Corey Mekelim in goal, before being tackled by Vunivalu. Off the repeat set Naiquama took his own double, scooting through broken play.

Vunivalu added a try of his own to the tally, with a sharp scoot off a quick Naiquama play-the-ball bringing him into open space. A perfect fend on Makelim sealed the four-pointer as the winger streaked away.

It took Fiji five minutes to post points in the second half, but it was Hayne who crossed the white line with a long-range effort to score under the posts and push his side's score past 40 at the half-tome break.

Despite taking good field position on multiple occasions, simple errors cost the USA try-scoring opportunities. On the other end of the spectrum Fiji made no mistake, with Viliame Kikau taking the opportunity as soon as Fiji got in range, carrying three defenders over the line to score.

Vunivalu was the man to bring up the half-century, using strength and footwork to beat multiple defenders on the USA's left side and send the Fijian crowd in  the corner of the stadium into raptures, and was followed on the next set by half-back Henry Raiwlui.

USA showed they had some talent on their team, when Makelim took his opportunity to go down the short side after a close-range, quick play-the-ball and was rewarded when he found Junior Vaivai unmarked who dived over to score. 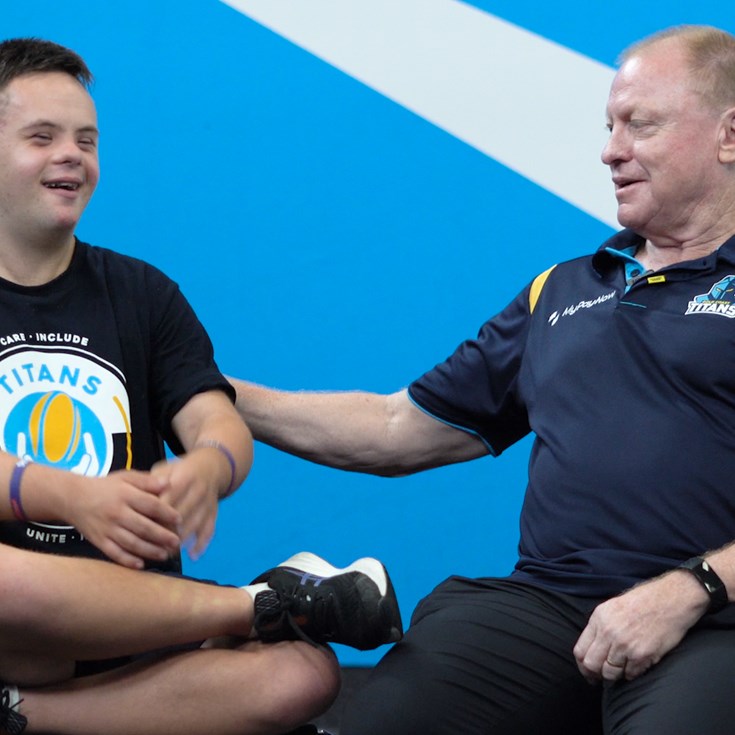