Daley, who represented Australia on 26 occasions during his playing career, said the Kiwis' off-the-cuff style of play would trouble the Kangaroos if they were to meet in the knockout stages of the tournament.

New Zealand are not afraid to throw the ball around, putting together 47 offloads through their first two games of this year's competition.

It has helped the Kiwis produce two blowout victories over Samoa and Scotland, scoring 21 tries in the process to lead Group B with one pool game to go against Tonga.

Their razzle-dazzle attack has helped them overcome the pre-tournament loss of Jason Taumalolo who sensationally decided to represent Tonga in the World Cup instead of his country of birth – New Zealand.

Even without Taumalolo, the Kiwis' line-up is still formidable, and Daley believes they have a real chance of upsetting Australia if they keep improving.

"From what I've seen over the opening two weeks of the competition I think it's New Zealand [who are Australia's main danger]," Daley said on Channel 7's World Cup coverage.

"It's a high risk, high reward style of football that they are playing, and I think they need to do something unconventional to trouble Australia. You need to take Australia out of their comfort zone.

"You can talk about completion rates and kick chases and all those type of things but I think Australia feel comfortable defending that safe style of play.

"What they don't feel comfortable doing is defending big bodies, offloads, and teams doing things that they aren't expected to do."

A man who often produces the unexpected is Kiwi halfback Shaun Johnson.

Johnson has been one of New Zealand's best in their first two matches, amassing four try assists and a personal points tally of 36.

The Kiwis will need more of the same from the 27-year-old heading into the backend of the tournament if they are to claim their first World Cup since shocking Australia in 2008.

For Daley, it is Johnson's extraordinary ball-running ability that holds the key to New Zealand's chances of repeating this feat.

"For me the key is Shaun Johnson. He's got to set himself a challenge of running the ball to the line at least 10 or 12 times a game," Daley said.

"They've got the skill, the speed out wide, and the size in the forwards to match it with Australia. I always thought they had talent, I just thought they wouldn't gel as quickly as they have.

"The style of footy they are playing will improve and I think they have more improvement in them than any other side."

Next for New Zealand is a huge match-up against Tonga on Saturday at Waikato Stadium.

There will be plenty of feeling in the clash due to Taumalolo's defection, as well as the fact that the winner of the match will top Group B and have an easier passage through the finals. 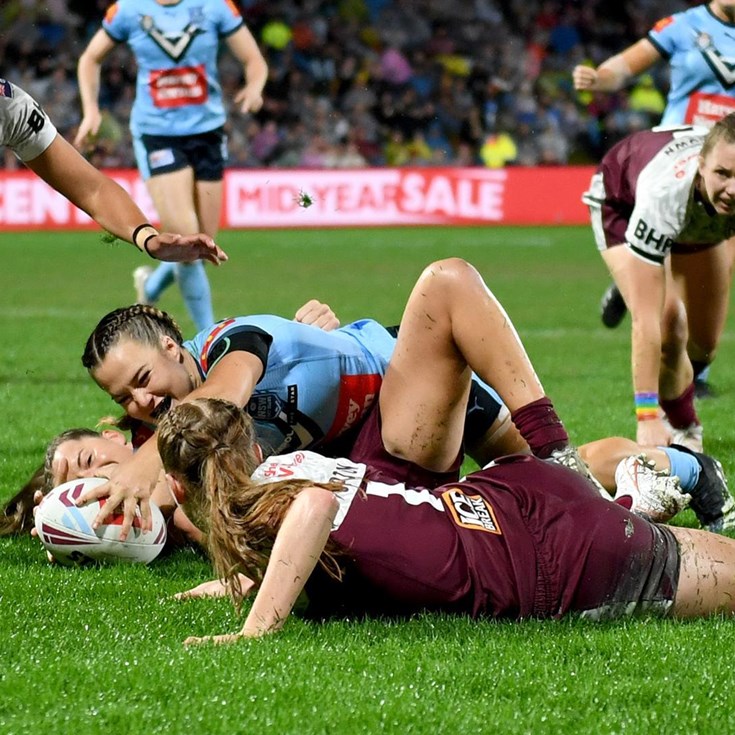 Berry blitzes Maroons to give NSW under 19 victory