Week Two of the Rugby League World Cup produced some magical moments with records broken and standout individual performances, while some nations improved on their first week of the tournament.

Hayne in class of his own

Jarryd Hayne put a difficult week of speculation regarding his future behind him with a stellar performance against Wales in Townsville to become the leading try-scorer in Rugby League World Cup history.

Hayne moved to the top of the history books after scoring his 14th try at World Cup level, finishing off a line-break from Suliasi Vunivalu to go one ahead of Billy Slater and league immortal Bob Fulton on 13. Hayne also recorded three try-assists in the 72-6 rout.

Slater had a certain chance to join Hayne on the 14-try milestone 48 hours earlier but failed to regather a Michael Morgan cross-field kick in the second half.

Australian back-rower Wade Graham was originally stoked to have an opportunity to start in Friday night's clash against France with regulars Boyd Cordner and Matt Gillett rested, so you could imagine the thrill when the 27-year-old crossed for four tries to join Gorden Tallis as the only forward in Australia's history to rack up a quartet.

Graham and the left edge of Josh Dugan and Cameron Munster tore the French to shreds in an ominous sign for rivals if Mal Meninga sticks with the trio for the rest of the tournament.

They'd been tipped to fail after a disruptive preparation leading into the tournament but New Zealand are gaining enough out of their youth to breath a new life into a side that is undergoing a transition period under coach David Kidwell.

Kiwi rookies Nelson Asofa-Solomona, Danny Levi, Kodi Nikorima and Joseph Tapine have all stood out in the opening fortnight, effectively taking the heat away from their more experienced teammates.

Kidwell has his troops firing right in time for the mouth-watering reunion with former Kiwis lock-forward Jason Taumalolo in Hamilton against a high-flying Tongan outfit that boasts plenty of other ex-Kiwi Test players.

Discipline counts off the field

The second week was tinged with drama after Scotland trio Danny Brough, Johnny Walker and Sam Brooks were all sent home for misconduct after failing to board a plane to Cairns.

After the Italian side bounced back following off-field issues of their own, the Scottish are still in with a chance to advance and will battle it out for the final quarter-final spot against Samoa on Saturday.

Tonga are the real deal but NZ awaits

Tonga have lived up to their hype early in the tournament having booked their maiden finals appearance with a win over Samoa and are proving to be a team to fear with one round left of the group stages remaining.

The inclusion of Taumalolo and Andrew Fifita have boosted the side from solid to genuine contenders, while young halves Ata Hingano and Tui Lolohea have exceeded expectations. A group stage clash against New Zealand this weekend will prove their biggest test.

No place for biting

England's Jermaine McGillvary faces a nervous wait after being referred straight to the judiciary on Wednesday night for a biting allegation on Lebanon's Robbie Farah and if found guilty it could spell the end of his tournament.

It would be a big shame for McGillvary, who has become a regular starter in the line-up since Wayne Bennett took over the side in 2016, but there is no excuse for biting in the code.

It capped off a frustrating evening for Bennett's men against the Cedars, with the team showing no improvement in attack following their Week One loss to Australia.

Papua New Guinea and Ireland struggled on another day of humid conditions in Port Moresby but it was refreshing to see the Kumuls grind their way to victory after a commanding win over Wales the week prior.

With both sides completing at less than 65 per cent for the afternoon, it made for an error-riddled contest until a late try to Kumuls halfback Watson Boas sealed the win.

PNG can confirm their quarter-final spot with a win over the USA this weekend, while the luck of the Irish could run out even with victory against Wales, with only one side advancing from Pool C. 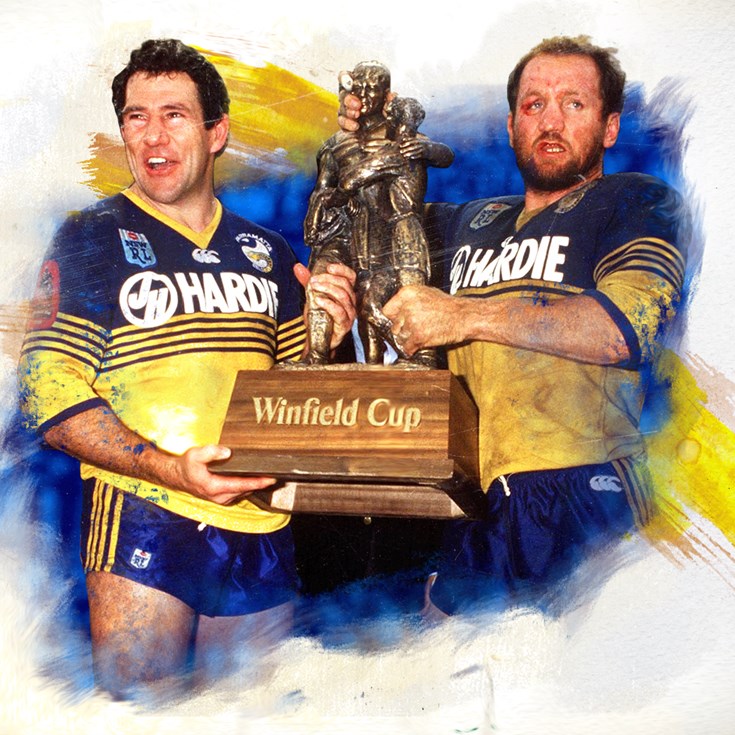