The five-eighth position was the only spot up for grabs after Australia coach Mal Meninga declared he would name his strongest possible team for his side's first knockout match of the tournament.

Sixteen of the 17 men that played England in the opening game of the tournament will line up against Samoa.

The pec injury suffered by Jake Trbojevic against the English has opened the door for Penrith's Reagan Campbell-Gillard to squeeze his way on to the bench. Brisbane and Queensland lock Josh McGuire will wear the No.13 jersey in Darwin.

Meninga was pondering the possibility of picking Cameron Munster on the bench as the team's utility after the rookie scored four tries in his two performances in the green and gold.

However, Meninga has opted to stick with the versatile Wade Graham on a bench which also includes Jordan McLean, Tyson Frizell and Campbell-Gillard.

James Maloney, Tom Trbojevic, Josh Mansour, Felise Kaufusi, Ben Hunt and Munster are the six players who will miss out on the clash against Samoa.

If the Kangaroos live up to expectations and beat Samoa they will face the winner of the New Zealand-Fiji quarter final in Brisbane next weekend for the right to play in the December 2 final at Suncorp Stadium. 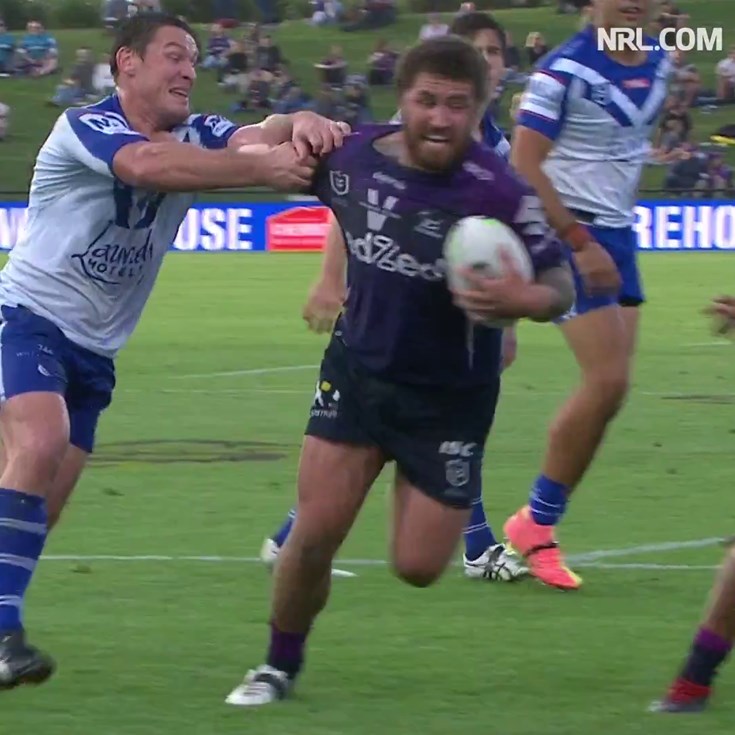 Vunivalu scores as a Bulldogs pass goes out the back