They won by 52 points and the coach was content but Australian Jillaroos skipper Stephanie Hancock offered an honest assessment of her side's 58-6 victory over Canada in the semi-final on Sunday.

Despite racing to a 42-0 half-time lead, the Australian outfit was forced to reshuffle their line-up in the second half with niggling injuries halting their momentum while a series of penalties and errors contributed to the mixed afternoon where they could only manage three tries late in the game.

"Obviously you don't want to go into a World Cup final playing like that," Hancock said post-match.

"I know the players are probably a bit dirty with our defensive performance. We all know we can be a lot better.

"We've got plenty to work on this week. We're happy [though] – who scores 50 points in a semi-final?"

Jillaroos coach Brad Donald was far more lenient on the result given the squad were forced to play four games in 10 days.

While he admitted there were scrappy periods, it was the first-half dominance that pleased him the most.

"We weren't as good as what we could've been. We've played two good games in the second halves and two games not so good.

"It's something we've got a week to work on. [But] the girls have been amazing – how hard they've had to work to recover.

"We talk about short turnarounds in the NRL but these girls who train on their own and are basically amateur athletes – it's a credit to them."

Outside backs Isabelle Kelly and Karina Brown left the field in the second half but Donald was confident that with a six-day break both should be eligible for selection in the final, and included injured fullback Sam Bremner in the mix.

"If Sammy is 100 per cent fit and there are players in that position who aren't – there is every chance she will play," Donald said.

"Never say never, we picked up a couple of injuries today. It will basically come down to who's fit.

"We don't lose anything next week regardless of the 17 we take out."

Hancock said the prospect of Bremner missing the entire tournament through injury had not affected her spirits.

"I have so much respect for Sammy Bremner, she could be down and out but there has not been one negative vibe from her," Hancock said.

"The way she is around the girls it's a credit to her – she just attracts."

The Jillaroos will meet New Zealand in the World Cup final next Saturday in Brisbane after the Kiwi Ferns recorded a 52-4 win against England in the first semi-final.

Kiwi Ferns coach Tony Benson admitted his side – which has been dominant in the opposite side of the draw – will need to lift to another level against the Jillaroos outfit.

Australia have the wood over New Zealand in 2017, winning the NRL Nines series 3-0 and Anzac Test match 16-4 in May.

"We've got a lot of improvement to do if we're going come out on top of them but I think the girls are up to it and we'll certainly give our best," Benson said.

"The second half [against England] is closer to [a complete performance] but I'm so frustrated we can't get the first half right.

"I don't think we're close to [a complete performance] yet but we've got a week now." 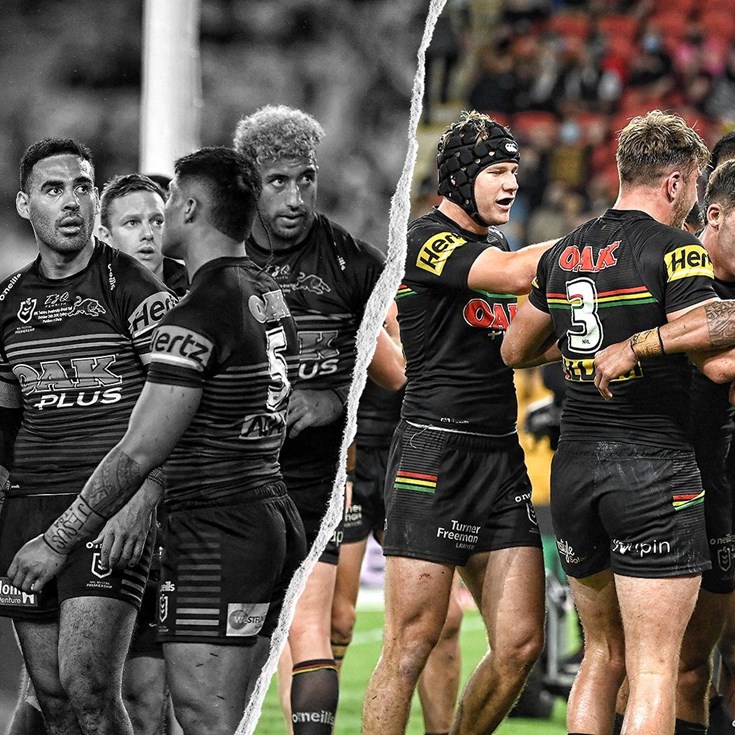