A learning curve that needed to happen. In NRL.com's club-by-club series delving into the 2017 season analytics, Paul Zalunardo and Alicia Newton examine what the Parramatta Eels did well and where they'll need to improve to replicate their top-four finish.

Parramatta reached their first finals campaign since 2009 on the back of attacking prowess and grit in defence, but stumbled when it mattered with injuries and the pressure of the playoffs getting to them out as they were bounced out of the premiership race in straight sets.

The loss of strike weapons Clint Gutherson and Bevan French for the finals proved a turning point in the year for the Blue & Gold after Brad Arthur's Eels had found their groove in the final two months of the regular season on the back of the mid-year addition of Mitchell Moses.

"To know we got that far and we're out within two weeks, it still burns," Eels back-rower Tepai Moeroa told NRL.com.

"A big learning curve – our first finals appearance in a long time. There's more motivation for next season."

The good news for Eels fans is there is enough evidence to suggest plenty the side can take several steps further in 2018, and the squad will be better for the overall experience of playing in sudden-death fixtures.

Fan favourite Semi Radradra is gone but despite impressing in several games, had a mixed season statistically. The club's decision to sign Jarryd Hayne for 2018 could prove the ultimate replacement if the former Gold Coast Titans star can rediscover his form prior to his move to the NFL.

"That was something we wanted to combat and improve on," Eels flyer Bevan French told NRL.com.

"In past years our home record wasn't great and moving to ANZ Stadium for the year, even though it wasn't our preferred stadium, I thought we turned it into a home ground advantage.

"We didn't want teams coming in and beating us on our adopted home turf. Every other team has that mentality."

Semi Radradra’s stunning end to the season resulted in him cracking the 20-try mark. In his farewell to the NRL (for now), Radradra was at his brilliant best. Despite playing just 18 matches, Clint Gutherson finished in second spot.

"We're going to miss Semi, they're big shoes to fill but we're confident we've got players that can fill any positions," French said.

"He can find a try out of nowhere and that's something we'll need to find."

Mid-season arrival Mitchell Moses led the way as the Eels finished the year in the top half of teams. When his work for the Tigers is included, Moses completed the fifth-highest number of kicks in the NRL.

"I thought we were travelling well but picking up Mitch in the middle of the season really got us to kick on," Eels skipper Tim Mannah told NRL.com.

"It felt like he clicked with Normy (Norman) at an instance and we built momentum on the back of that. I was proud of him. He's got a huge future ahead of him."

Prior to a knee injury cutting short his season, Clint Gutherson was a busy man. Mitchell Moses and Corey Norman rounded out the top three.

According to NRL.com/stats, the Eels didn’t set the world on fire when it came to how much ground their players made after passing the advantage line. Back-rower Manu Ma’u led the way with an average of 9.05m per run, not enough to crack the NRL’s top 10.

The Eels had four players who gave away 14 or more penalties. Nathan Brown was the chief culprit with 18. Beau Scott ranked fifth for penalties per game among all NRL players.

Semi Radradra did a lot right, but the 35 errors he made during the year showed he also did a lot wrong. That was enough to share top spot in the league. By comparison, Corey Norman made just 13 errors.

Props Daniel Alvaro and Tim Mannah cracked the top 30 (a list headed by Souths’ George Burgess) when it comes to needing three or more defenders to bring them down.

"I don't know if that's a good thing or bad thing," Mannah laughed. "I've got to get better at using a few different options. If I get too predictable like I may have recently it's easy to defend.

"I want to be a player that probably doesn't attract so much so you can try and keep defenders in two minds."

Beau Scott was Parra’s best in this category, but his points differential of +2.55 was well adrift of the +16 that led the NRL. Parramatta could benefit from more impact off the bench in 2018.

The elusive running game of fullback/winger Bevan French caused an average of 3.8 tackle breaks from his 16 matches. The fact French finished ahead of Semi Radradra was somewhat of a shock.

"That surprises me too, I thought if anything it was a disappointing year for me personally," French said. "I missed quite a few games through injury so hopefully that turns around and I can play a bit more." 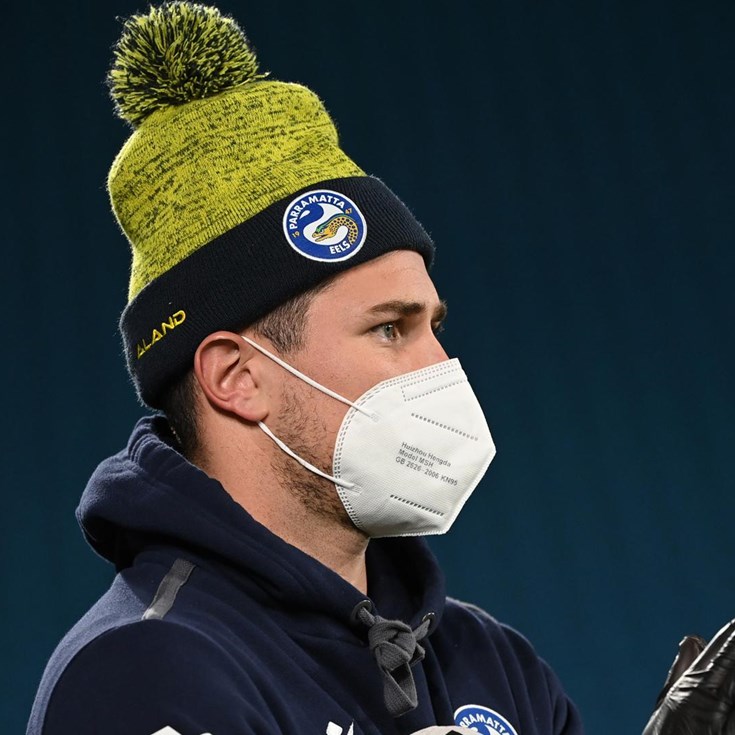