The NRMA Insurance Broncos have overcome a spirited PNG Hunters side 26-12 in front of a packed crowd in Port Moresby this afternoon.

The Broncos had to come back from a 12-6 deficit at halftime after the Hunters thrilled their home crowd by taking a well-earned halftime lead.

But the Broncos’ class showed through after the break, with three tries in 10 minutes sending the contest back their way.

After a shaky first half where they blew some chances, the Broncos only took 12 minutes to regain the lead.

Down 12-6, stand-in skipper Alex Glenn cut the deficit to two points when he went over in the 48th minute.

Jamayne Isaako missed the goal, but just four minutes late the Broncos were in again.

A grubber rolled through from dummy half was chased down by big prop Korbin Sims, and after Jordan Kahu raised the flags, the Broncos were back on top 16-12.

Five minutes later Kahu went over untouched after James Roberts drew and passed nicely to make it 20-12 as the three-quarter time drinks break was taken.

The Broncos were in control now, and Corey Oates finished it off with a try down the left-hand touchline after a good long ball from Sam Scarlett with three minutes to play.

Earlier, the Broncos looked like they were going to score in the fifth minute but Tom Opacic spilled a tough pass just when Jonus Pearson was unmarked outside him.

Pearson would not be denied a minute later when Jamayne Isaako put him on the outside and he dived over in the corner.

Kahu aced the hard conversion and it was 6-0.

The Broncos left another one behind in the 12th minute when five-eighth Scarlett dummied his way through but lost control of the ball as he went to slam it down.

The Hunters had a real chance in the 17th minute on the Broncos’ line, but a long pass out wide went over the sideline.

They then sent the home crowd into a frenzy when Enock Maki spun his way over the line from dummy half.

Charlie Simon kicked the goal and it was 6-all after 25 minutes.

The Hunters had the lead when a grubber ricocheted off two Broncos players and fell for halfback Watson Boas in the 38th minute.

Simon kicked the conversion and it was 12-6 as the players walked into the sheds. 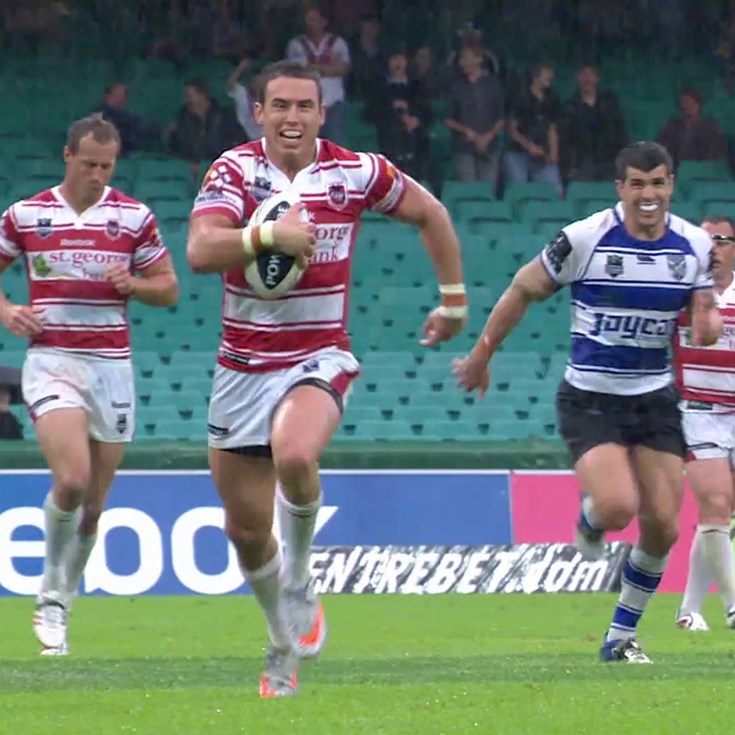 Boyd picks off Keating at the back

Coronavirus NRL updates: Footy's on the way back. How good