After leading a pack which had set out to make Matt Lodge’s return on Thursday night one he would prefer to forget, St George Illawarra Dragons prop James Graham took time out to welcome the controversial Brisbane Broncos forward back to the NRL.

Lodge, who was making his first Telstra Premiership appearance since being arrested at gunpoint by New York police after a violent rampage in 2015, received a hostile reception from Dragons fans, who booed his every involvement.

As soon as the game was over, Graham approached Lodge and told him he was pleased to see the former Melbourne Storm and Wests Tigers prop back in the game.

"That was a personal thing between me and Matt,” Graham said. “For what it is worth I am pleased that he is back.

"I think he has served his ban, he seems like he has turned the corner and our game shouldn’t turn its back on someone who has made a mistake.

"This game helps people with some tendencies and characteristics to make their lives and lives of the people around them better.

"People can debate it but let’s move on, let's focus on the game. People are entitled to have their opinions and say whatever they want. If the fans want to boo then that is their right to do that. We live in a free society and if you want to boo, go ahead and boo.”

Asked if he had targeted Lodge for special treatment, Graham said: “We both play in the middle so you are bound to run into each other from time to time out there."

However, lock Jack de Belin said the Dragons forwards had wanted to take advantage of the fact Lodge had little previous NRL experience and hadn’t played at that level for more than two years.

"It wasn’t spoken about but it was his first game back in two years so obviously, we wanted to ruffle a few feathers and put him off his game," he said.

"You can see that he is big and strong so as the games go on I think he is going to be pretty good for the Broncos."

Graham believes Lodge will "only get better and better”.

“He is obviously very tall, he runs the ball hard and doesn’t show much fear. He is a big boy and at 22 [years old] time is on his side to get better.”

Meanwhile, Graham said coach Paul McGregor and the players realised they would need to improve to record a second win against the Cronulla Sharks next Thursday night.

Graham was impressed by the starring performance of the club’s other big off-season recruit, Ben Hunt, who scored a 45-metre intercept try and laid on another against his former club.

"I thought he was great. It was a huge, huge play to come out and take the intercept," Graham said. "I thought his kicking game as well was good and for me, as a middle, he told us what to do.

"Hats off to him because to play your first game at a new club and not only that, but to play against your former team-mates, there is a lot of excuses he could have used to not play well and he didn’t take that."

Asked if the Broncos would miss Hunt this season, Graham said: "I think they have replaced him very well but Ben Hunt is up there with the best halfbacks in the competition. I guess the answer, without twisting it, is yes." 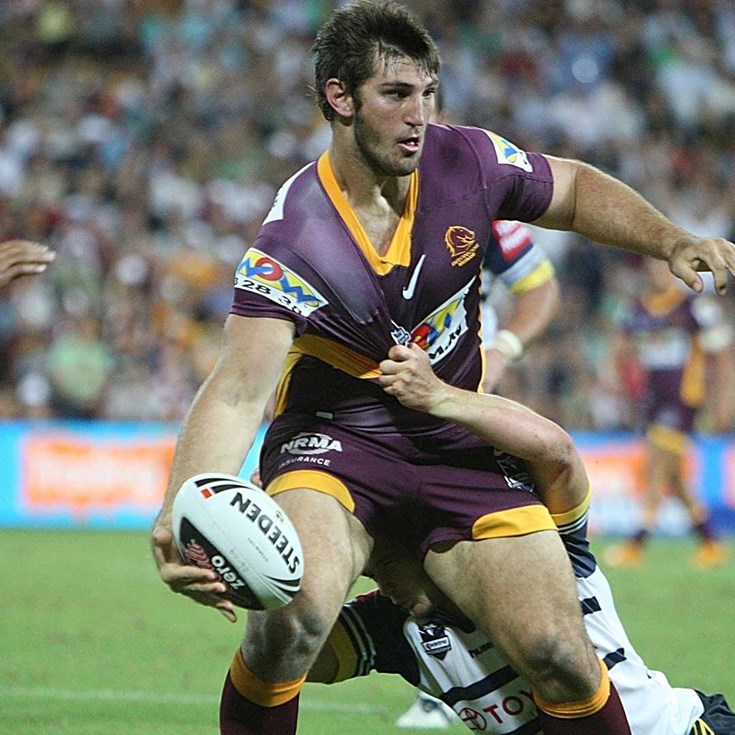