Trent Robinson is refusing to buy into suggestions Cooper Cronk's Sydney Roosters stint will be a failure if he doesn't deliver a title in the next two seasons as the Tricolours add another piece to their premiership puzzle.

Robinson hopes to have former Canberra Raiders hooker Kurt Baptiste on his books by round two, with a one-year deal "pretty close to getting finalised next week" after his release from Super League club Leigh Centurions.

Along with the return of veteran forward Frank-Paul Nuuausala, Baptiste's move adds further depth to a side touted as the shortest priced competition favourites in a decade thanks to the high-profile arrivals of Cronk and James Tedesco.

With 34-year-old Cronk inking a two-year deal, Mitchell Pearce headed to the Newcastle Knights, and even the usurped halfback has since bought into the hype around the Roosters recruitment.

Pearce echoed the thoughts of plenty when he declared last week that "They wanted someone to win them a comp this year. So, who better to get than the Australian halfback?''

On the eve of Saturday's season-opening showdown with Tedesco's former Wests Tigers club at ANZ Stadium, Robinson dismissed growing expectations on the glamour club to deliver the second premiership of his five-year tenure.

"We've got to focus on building our house and it starts tomorrow. You can take us wherever you want with that but we know how we want to play and that starts tomorrow for us.

"You can promise everything in the world but you've got to build and that's what we're here to do.

"We've been doing it for a long time and it starts tomorrow."

Robinson's record since taking charge of the Roosters in 2013 ranks as one of the most impressive in the NRL, with a maiden title complemented by three minor premierships and three preliminary finals in the same period.

But with Tedesco and Cronk being added to an already strong line-up external pressure is being piled on like never before.

Robinson admits that nerves will play their traditional part as both don the red, white and blue for the first time, but stressed that the pair would slot into the Roosters game plan rather than expressly dictate it.

"They're human, everyone gets nervous, that's what creates performance," Robinson said.

"When they come here everyone has got a role to play. They're in key positions in our game in the seven and one, and they've fitted in really well.

"They're no different to the guys internally. Obviously externally you guys view them as different. We view them as our seven and one and they integrate into what we do.

"… A guy brings the traits so you work to his strengths. And then you also work to how the Roosters play and the way that we want to play our game.

"We know how we want to play. We know how Cooper plays, we know how Teddy plays, Mitchell Aubusson, Jake Friend and all those play.

"It's a team sport, so we've got our best style of play that we think and I'm looking forward to building it tomorrow."

Star pivot Luke Keary is expected to be kept on ice as he recovers from a broken jaw, with Robinson confirming that worrying concussion symptoms have since subsided for his five-eighth.

Meanwhile Baptiste's addition to the Roosters playmaking stocks offers much-needed depth and experience, with the 26-year-old impressing during four years with Canberra before being forced to England late last year by salary cap constraints.

Was Cronk stung by a Jellyfish?

"We saw the impact that he had down at Canberra and we rely on hookers," Robinson said of Baptiste.

"We've obviously got Jake Friend as starting hooker but we've got utility players in those positions in our top 30.

"So it was important for us to fill that spot with a hooker so we've been looking for a hooker for the last couple of months and hopefully that'll get finalised and we'll finish that off next week." 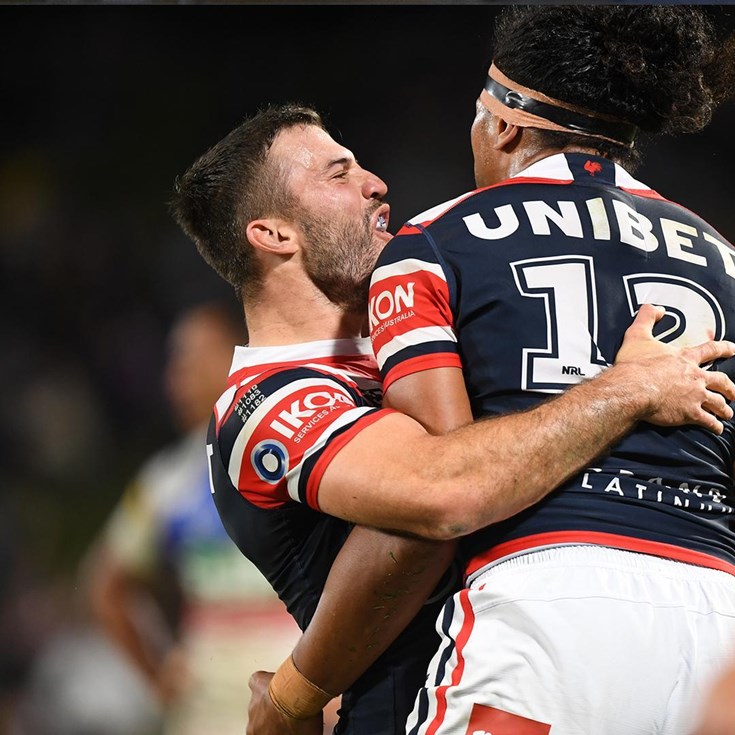