South Sydney Rabbitohs players insist they only need to improve their defence to bounce back from last weekend’s loss to the New Zealand Warriors after making the most line breaks by any team in round one.

After losing 32-20 to the Warriors in Perth, it has been suggested that captain Greg Inglis should shift from left centre to fullback so he can get more ball but the Rabbitohs insist their focus before Saturday’s match against the Penrith Panthers is defence.

While the Rabbitohs made an NRL-high eight line breaks in the opening round of the Telstra Premiership, they also conceded seven line breaks by the Warriors and missed 33 tackles.

"I don’t think attacking has been the problem for us," centre Dane Gagai said. "We managed to make eight line breaks and we didn’t complete as much as we wanted to, but the attacking shape is good.

"What we have got to focus on is the defensive side because we also gave away seven line breaks and I don’t know how many missed tackles we had but we have got to make sure we are better in those areas."

In comparison, the Cronulla Sharks made only one line break against the North Queensland Cowboys, who won 20-14, despite making just three line breaks.

The Rabbitohs also made 43 tackle breaks, which was second only to Canberra Raiders (46), but five-eighth Cody Walker said poor handling had let them down.

"It is obviously disappointing we got No.1 for line breaks in the NRL and we didn’t finish those off, the last pass didn’t go to hand and we handed the ball over, then from that set they marched down the other end and we gave a penalty away," Walker said.

"There were patches we were really good but when we were poor, we were really poor. If we can hang on to the ball for longer periods in games, we will be better for it."

The Rabbitohs completed 65 per cent of their sets of possesion, made 14 errors and conceded seven penalties.

"We have got the players in our team who can definitely attack; we have got Cody Walker in the halves, big GI on the left side and we have got a great forward pack so we have just got to make sure we are better in defence," Gagai said.

"We just need to complete our sets and not give other sides free rides out of their ends.

"We gave away a few penalties which had us defending on our goal line and that is an area we need to be better."

"We made the most amount of line breaks in round one so attacking is not an issue but we need to finish off the defensive side of our game," Gagai said. 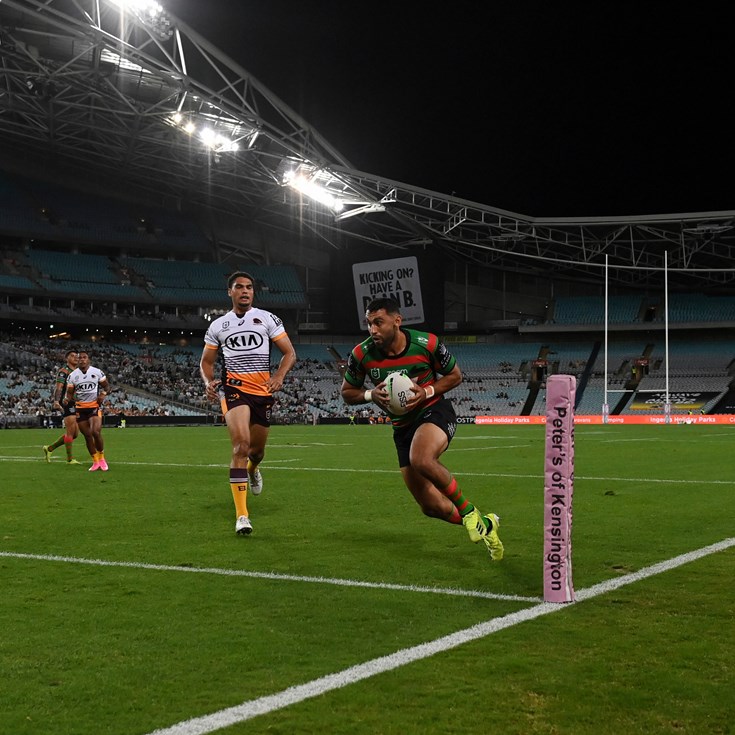