Manly Warringah Sea Eagles five-eighth Lachlan Croker said the wisdom passed on by former Test five-eighth and now coach Trent Barrett had played a major role in his settling into the No.6 jersey.

Croker and his Sea Eagles teammates responded to a shock opening round loss to the Newcastle Knights with a dominant 54-0 win over Parramatta Eels in 38-degree heat at Lottoland on Sunday.

The combination of Manly skipper Daly Cherry-Evans and Croker in the halves showed promising signs in the emphatic win.

''Trent's been unreal for me. Obviously being a class half himself he's just told me that he's had belief in me and that's improved my belief too.

''Having someone like that back you and especially the team backing me ... I've had guys coming up to me all week saying it's my team and do what I want, so it makes things really easy when you've got 17 players behind you and Baz too.''

Croker's performance earned post-match praise from Barrett, who himself as a player once had to prove his work in the No.6 jersey after breaking into the top grade with the Illawarra Steelers in 1996.

''I was really happy with the way everybody played, in particular our halves,'' Barrett said.

''It's his third game and he dominated that game at important moments. If that was someone else he'd be front and back page, but for some reason just because we got beat by golden point in round one under a few circumstances ... I couldn’t understand it.''

From a personal perspective, Croker's day contained both ups and downs.

The joy of the win and having members of his family in attendance was tempered by a second half knock that resulted in him leaving the field for a head injury assessment.

''It was really exciting to have my family there,'' Croker said.

''I know how much it would've meant to them as well so it was really special.

''I can't tell you how hot it was. It was overwhelming actually. I've never played in a game like that and with the head knock I got a 15-minute spell, so I was sort of lucky there.

''It was really physical. They are obviously a big pack so it made it very interesting but we were lucky enough to come out on top.

''The last couple of weeks has been a whirlwind. Obviously it’s good to top it off with a win like that and we're only going to get better.''

Croker, Cherry-Evans and the Sea Eagles will return to action as a part of the double header at ANZ Stadium on Saturday night. 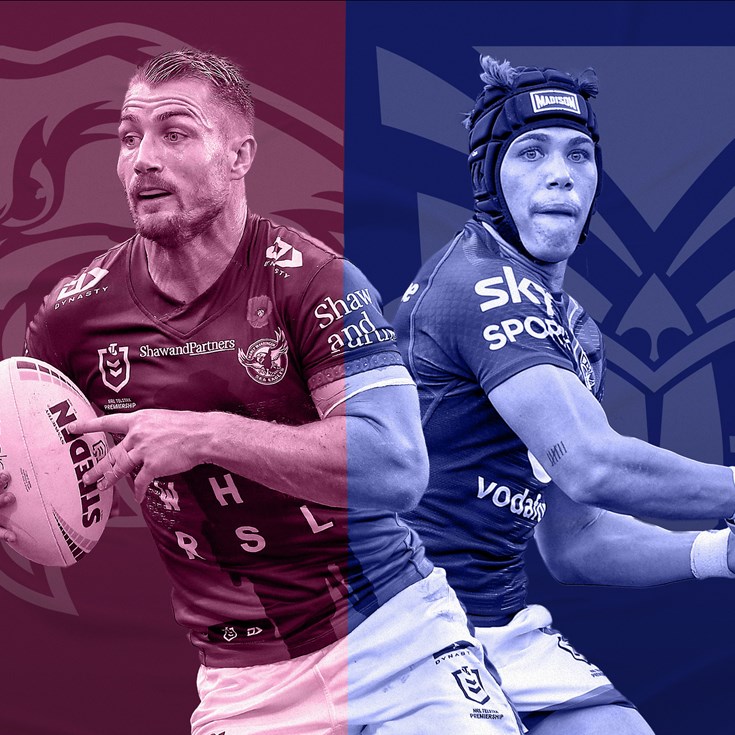 Presented By Sportsbet 7 hours ago
01:13