Gold Coast’s master playmaker Ash Taylor has vowed there is no way he will miss his homecoming match against the St George Illawarra Dragons at Toowoomba’s Clive Berghofer Stadium on Sunday.

However, if he did, a 19-year-old destined to play NRL before the end of the season could be in the reckoning to make a country-based debut.

The Titans competed admirably without Taylor’s class and end-of-set finesse in going down 20-8 to the Warriors last Saturday but coach Garth Brennan admitted it may have been a bit too much to ask Bryce Cartwright to fill the No. 6 role with little familiarity with his new teammates.

The coach took teenager Alexander (AJ) Brimson to Auckland with the 19-man squad but admitted it wasn’t the right time, place or opposition to blood the classy youngster.

Brimson was again named in the Titans’ 21-man preliminary squad today and although he’d give nothing away to unnecessarily pressure the kid, Brennan may be more likely to throw Brimson into the action this time – just as Kane Elgey was in round 4 in 2015 when injury forced Neil Henry’s hand.

“I was never going to rush AJ in against the Warriors,” said Brennan.

“A trip over to NZ in front of a big physical Warriors pack on a bit of a high … that wouldn’t have been fair to the kid.

That time may remain supposition if Taylor’s determination is a gauge. Brennan says it was just a “hot spot” on a scan that determined Taylor missed the trip to Auckland and not a tear, and Taylor will do everything he can to get on the paddock.

“Ash is very keen to go back home and get out there in front of family and friends. I sent him a text after the match and spoke to him about how he was feeling and whether he’d be right for this weekend or whether I’d rest him and the response I got I can’t repeat. He is doing everything he can to get on the paddock.

“The injury happened in the first half against Canberra and he finished the game and was doing all he could still and probably could have played on the weekend but it wasn’t worth risking him, especially with the travel on a plane to New Zealand. Hopefully he will get through this weekend.”

With Taylor back, and Queensland prop Jarrod Wallace having his first hit out of the year due to suspension, the Titans will have a whole lot more to throw at the in-form Dragons than they did at the Warriors.

And while the hype will be around Taylor, who moved from St George to Toowoomba as a 10-year-old, just as exciting is the prospect of Wallace combining with former Broncos teammate and good mate Jai Arrow.

With Wallace out and NRL novices in Morgan Boyle, Max King and Keegan Hipgrave coming off the bench in the first two rounds, the performance of Arrow – who had started just four times in the previous two seasons with the Broncos – has been outstanding.

“I wish I had 16 more Jai Arrows; isn’t he a super talent,” enthused Brennan.

“In the first two weeks he has been enormous. For a young guy with as limited NRL experience as Jai has.

“They are very close, they have come through Brisbane together, I think they will feed off each other and I think Jai will hopefully grow another leg with Jarrod in the team and that can only benefit the team for Jai Arrow to go to another level, because he has been enormous.”

Brennan has chosen Wallace to the bench although he hinted that might change. Yet he admitted he may have to slow Wallace’s eagerness and ensure he feels his way into the season.

“He hasn’t trialled and a little underdone so taking him out of those early exchanges might get a few more minutes out of him,” Brennan said.

“That’s what I’m thinking at the moment but things could change as the week goes on.

“We’re a young inexperienced side and to have a State of Origin player come back into your team will only boost us; we can’t afford to have Origin quality players on the sideline, we need to have them on the park.

“He’s very determined. I got a text message form him after the game as well I can’t repeat – they [Taylor and Wallace] are both firing to go.” 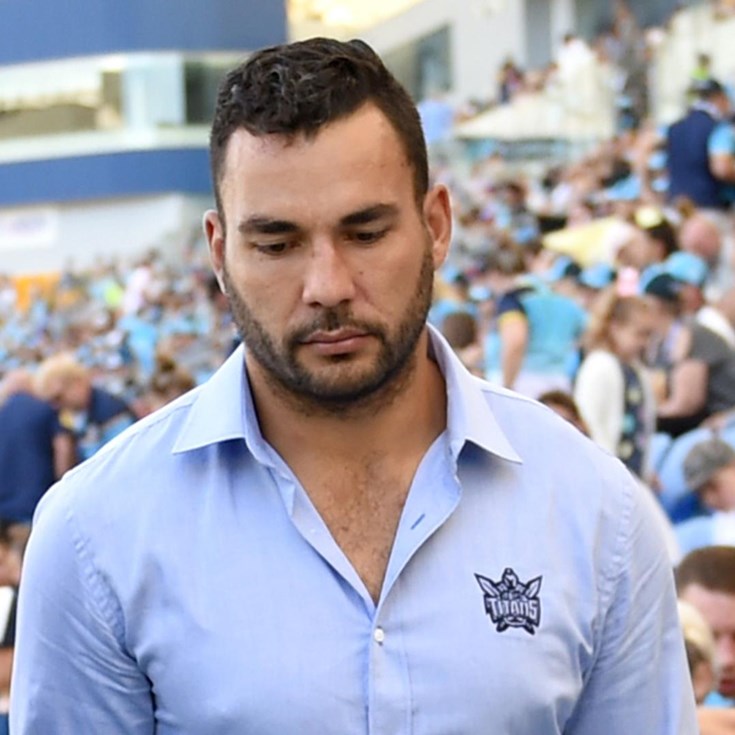