After a couple of comeback wins to start the season the Penrith Panthers were hit with the double blow of a defeat to the Bulldogs and a long-term injury to star halfback Nathan Cleary last week. In his absence, Penrith have options such as Peter Wallace, Tyrone Peachey and rookie Jarome Luai to play in the halves.

The Cowboys have no major injury concerns with Lachlan Coote set to make his return from injury with Mackay in the Intrust Super Cup. The Cowboys will want to hit back with a win after a round three loss to Melbourne.

Key match-up: Matt Scott v James Tamou. The former teammates will line up against each other this week and their battle will likely be reflective of the battle between each side's forward pack as a whole.

For the Cowboys to win: Defence is key, they need to put in maximum effort in even the smallest areas of their game, from the first minute to the 80th. The premiership favourites rank 11th fordefence so far in 2018, conceding 68 points in three games.

For the Panthers to win: They can't afford to keep letting their opponents run out to 14-point leads and then try to real them in, like they have in the opening three rounds. They need to start fast and finish fast.

Cowboys Stat Attack: 39 missed tackles – 39 too many for Paul Green's liking, and the Cowboys need to improve their efforts in defence.

Panthers Stat Attack: They had 59 per cent of possession against the Bulldogs but lost by two points, which comes down to poor execution – something they'll need to be better at.

And another thing: The last time these sides met it ended in a nail-biter, with the Cowboys stealing it via a flying Kyle Feldt two minutes before full-time, something the Panthers will be eager to reverse this time.

Corey Jensen and Lachlan Coote were omitted from the squad one hour before kick-off, meaning the Cowboys will start 1-17. Coote will return to action via the Intrust Super Cup. Francis Molo and Enari Tuala were dropped from the reserves bench 24 hours out from kick-off.

James Fisher-Harris will start for the Panthers in No.17, with James Tamou to start from the bench. Jarome Luai and Nick Lui-Toso were the two men dropped from the squad an hour before kick-off. Tyrone Peachey replaces the injured Nathan Cleary (knee) in the halves with James Maloney moving to halfback. Liam Martin and Kaide Ellis were dropped from the reserves bench 24 hours out from kick-off. 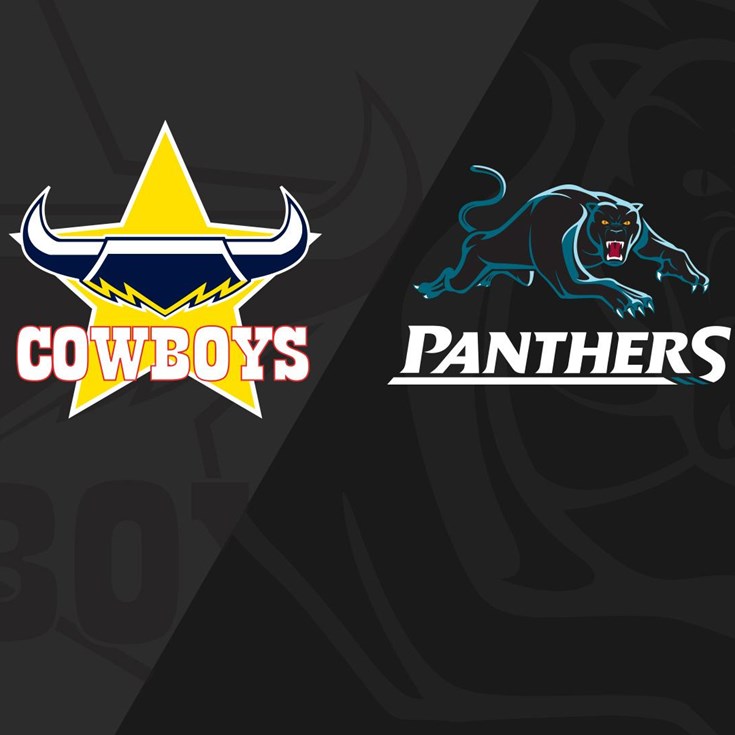