Matthew Johns has revealed why he recommended Garth Brennan to the Gold Coast Titans as coach and outlined why he will be a success at the club long term.

The Titans are under the pump after a woeful display in the 54-8 loss to a red-hot St George Illawarra but Johns said he did not expect them to play that poorly again this year.

Brennan edged out Terry Matterson, Jason Demetriou and Ben and Shane Walker last year in the wake of Neil Henry's demise and Johns confirmed his opinion was sought by the club before signing their new coach.

Nine of the 19 players used by the Titans so far this year are 25 or younger and Johns said that was why Brennan was a man for the times.

"The Titans asked my opinion on good coaches coming through and I said that if you look at young coaches, no-one has a better record than Garth Brennan," Johns told NRL.com.

"I recommended him straight away. If you look at what he has done in the lower grades at the Panthers, producing and getting the best out of young players, Garth's record is the best."

Johns had seen first hand what Brennan did with the Newcastle under 20s side and suggested to Phil Gould that he sign him when he was after a rising coaching star for the Panthers.

"About 18 months later I got a text from Gus, which are rare, and he said it was one of the best tips he's ever been given," Johns said.

"Garth went to Penrith as part of Gus's regime and he had enormous success with youngsters, and that is the position the Titans find themselves in with a young roster.

"The Titans are a project. They've got to continue to educate these younger players and that's what Garth is good at."

Johns said that while there were areas of concern for the Titans after three rounds, it was not the time to panic.

"It is only three rounds in, but one thing they have got to work on is to arrest their slow starts with are getting them into trouble," he said.

"Garth has only just got his hands on the Titans and I've got no doubt that shortly we are going to see a pretty dramatic improvement. He'll be a success there."

The 1997 Newcastle premiership winner told NRL.com he had "no doubt" the Titans were right to make 23-year-old half Ash Taylor their marquee player on a massive long-term deal.

"I honestly believe Ash Taylor - whether it be in three years, two years or one year - will be the best player in the game one day," Johns enthused.

"There were times last year where he was playing in a team that was really struggling but there was no-one in the game creating more than Ash Taylor.

"This year he's played round one and had four try assists. He had a try assist the other day [against the Dragons] and missed round two with a hamstring injury.

"Even on the weekend when they got absolutely dusted, with a few of his touches you could see that there is magic in his football."

There isn’t much magic in former Panthers star Bryce Cartwright's football right now with the lock forward benched by Brennan for the clash with the Brisbane Broncos after a disappointing display against the Dragons where he missed eight tackles and had little impact with the ball.

Johns was adamant that Cartwight would not be out of form for long.

"Bryce hasn’t played a lot of football in the last 12 months and just has to get some games under his belt," he said.

"A few years ago he was close to Origin selection but through circumstances, he's had a difficult time off the field and injuries that have eroded his confidence away.

"Confidence comes and goes but class doesn't, and he's got it." 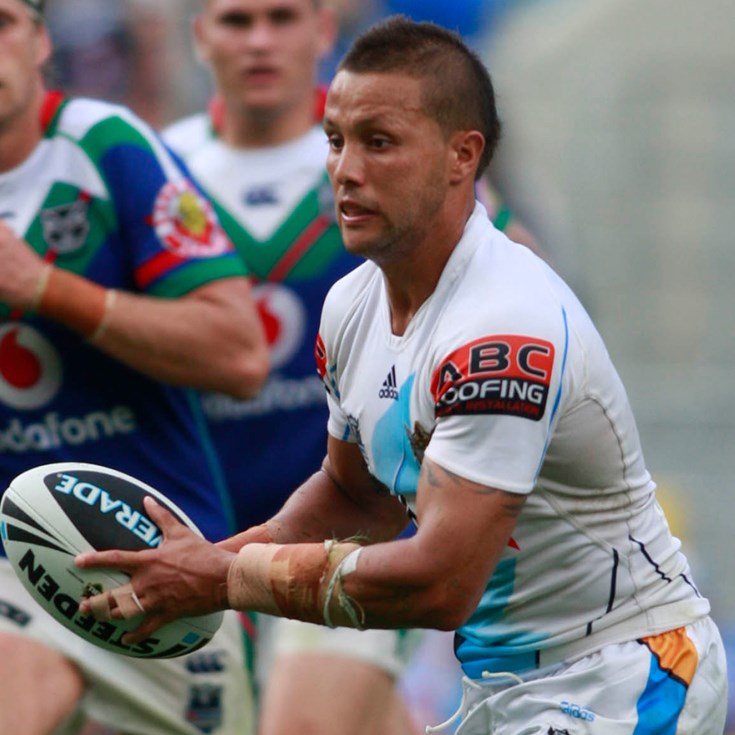