Mitch Moses is making no apologies for blasting his underperforming Parramatta teammates as he turns the blowtorch on his own performances across a winless first month of 2018.

A couple of frustrated expletives from Moses raised eyebrows during the Eels' last-start loss to Wests Tigers on Easter Monday, as the star half implored Kenny Edwards to produce a quick play-the-ball.

Moses himself copped a serve from senior teammate Michael Jennings during the 30-20 defeat, with the on-field frustrations being linked to tensions among the team as pressure mounts at the Blue & Gold.

He denied his outburst was anything beyond his passion in the heat of the moment, and promised to deliver further rebukes if it means getting the best out of his teammates.

"It's just me being passionate, the boys know that," Moses said.

"It's not a personal thing or anything like that. I'm not going at a person because I don’t like the person. We're a tight-knit group here and we all love each other.

"I get sprayed myself if I'm not doing my job. That's footy, you've got to be able to cop it."

The Eels are staring down the barrel of a 0-5 start for the first time since 1991 if they can't get past in-form western Sydney rivals Penrith on Sunday.

Coach Brad Arthur has read his team the riot act after a disastrous start to their Telstra Premiership campaign, where penalties and errors have restricted them to an average of 44% possession across four games, the lowest in the NRL.

It all started so promisingly for Parramatta and Moses against the Panthers five weeks ago, when he led them to an early 14-0 lead in round one and was already being mentioned in NSW Origin discussions.

Since that opening half hour to the season the Eels have been outscored 122-24, while Moses has been sin-binned twice, missed 18 tackles and contributed just one try assist to the Blue and Gold cause.

The 23-year-old pulled no punches in assessing his own sluggish start to the year leading into his showdown with incumbent Blues playmaker James Maloney.

"Personally my game hasn't been up to scratch," Moses said.

"There's no excuse, I need to pick up my game." 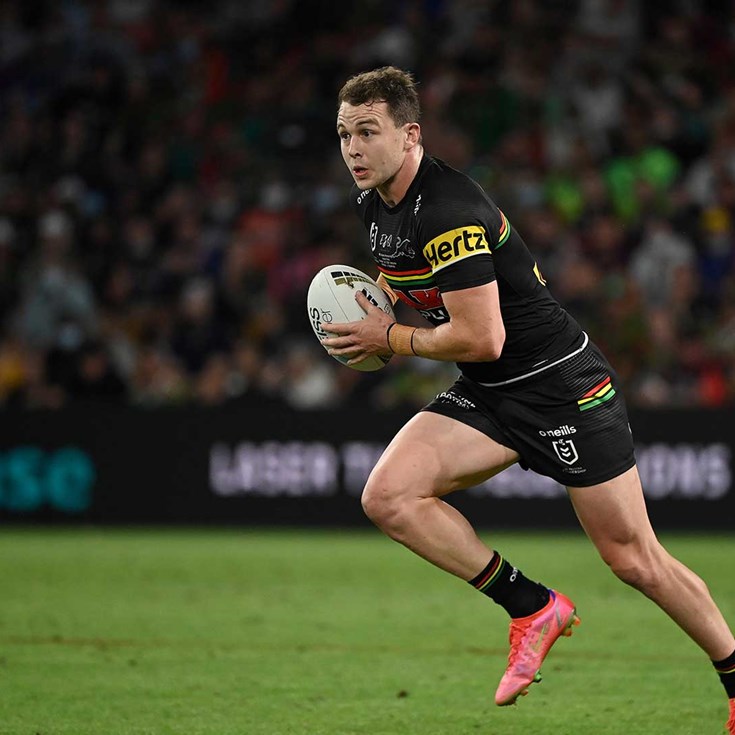