With each week that goes by, it's becoming clearer the unfancied Wests Tigers' round one 'upset' win over title favourites the Roosters was no fluke and their hot start has now stretched to five wins and one loss – the best in the club's history.

It could easily have been 6-0, with an unfortunate officiating error handing the Broncos a golden-point penalty goal in round three – a game Brisbane won 9-7 despite not scoring a try.

According to NRL.com Stats, the Wests Tigers' previous best start to a season came all the way back in their debut year, when they won four and drew one of their opening six games in 2000. It's a far cry from their worst season start, when they went 1-5 to begin 2012.

Their current Telstra Premiership ladder situation – sitting in fourth (equal second on ladder points) with the league's best defence (just 67 points conceded in six games) is made even more impressive when you consider their opposition.

Obviously the 'best' teams in the competition vary from year to year and the teams that finished top four last season aren't currently the best four teams this year. But having said that the Tigers have now twice beaten the Storm (1st, and premiers in 2017) with the Roosters (2nd), Eels (4th) and Sea Eagles (6th) their impressive list of scalps. Their one narrow loss was against the Broncos (3rd). 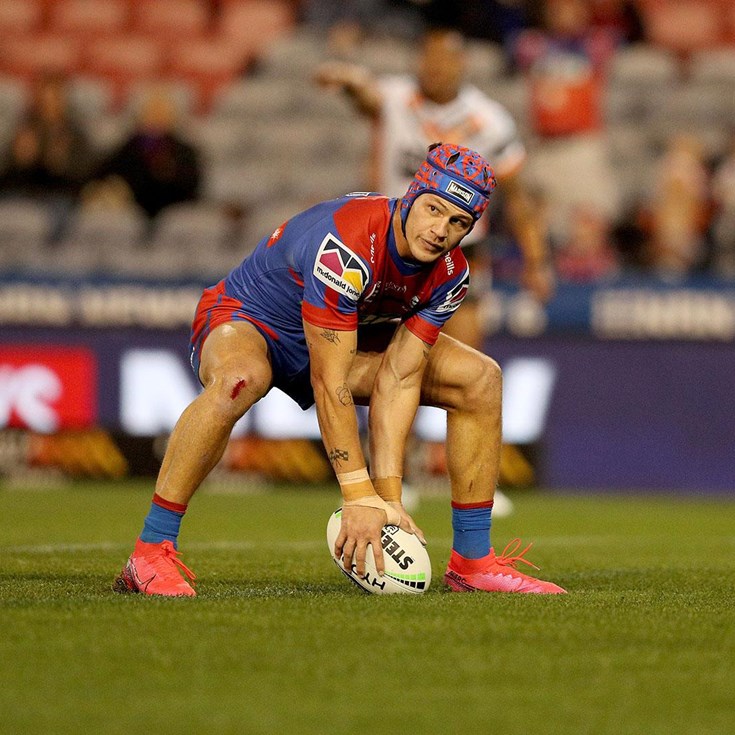 Shibasaki joins the party for Newcastle

Ponga beats Marshall on the outside