Dragons coach Paul McGregor has questioned the goal line tactics employed by the New Zealand Warriors during his side's first loss of the Telstra Premiership season.

The Warriors defeated the Dragons 20-12 in Auckland on Friday night, despite finishing on the wrong end of a 13-5 penalty count.

Many of the penalties conceded by the Warriors came while the now joint premiership leaders were defending their own line.

While admitting the Warriors were the better side on the night, McGregor said the constant "stop-start-nature" of the match hindered the Dragons' ability to play with any fluidity.

"They came here with a plan, they gave away a lot of penalties and defended their line really well, whether that was part of it or not I'm not sure," he said.

"Their line speed was incredible and their scramble defence was the best from any side I have seen this year. But it was frustrating because of the constant stop-start nature of that first period."

Asked directly if he thought the Warriors' willingness to concede penalties was deliberate, McGregor said "maybe".

"There were a lot of them around the same area of the field. But look, taking nothing away from the Warriors tonight they were very good," he said.

"There was a few blown. I suppose someone did go to the bin late in that second half."

Playmaker Blake Green was the player binned, just before the break.

"It just slows us down a little bit you can't really get any momentum or quick play of the balls to play off the back of," he said.

"But I'm not going to use that as an excuse in the end, they just defended really well and we couldn't get across the try line that's what it came down to."

When asked if it was part of the game plan for his side, Warriors coach Stephen Kearney said "it's not on our tip sheet, no".

"We knew that we had to put pressure on the Dragons with our line speed and really go after them but it wasn't our intention to deliberately give penalties away. I can honestly say." 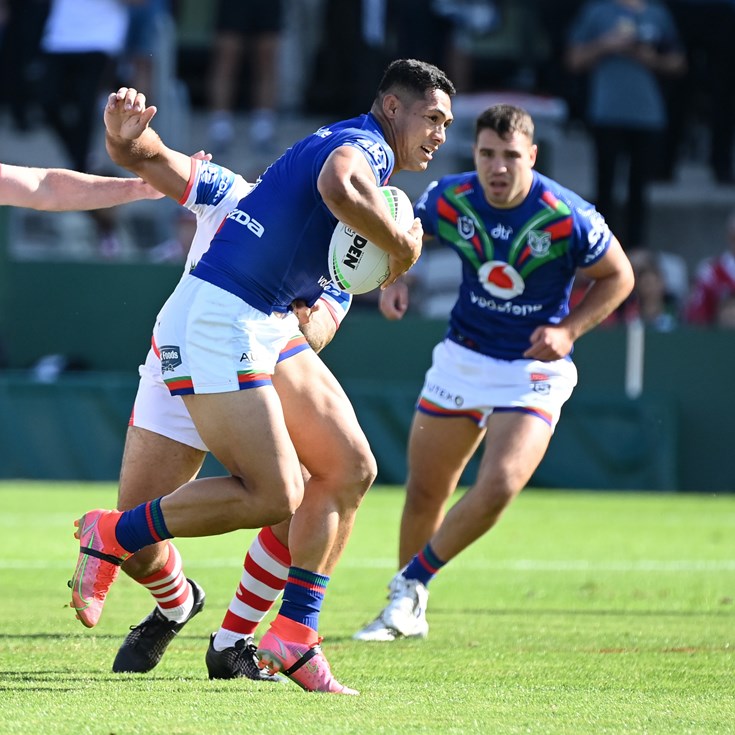 Tuivasa-Sheck lifts for his team