Manly skipper Daly Cherry-Evans insists he and Jackson Hastings have "cleared the air" over the altercations that have seen the young half pushed to the outer of the under siege club.

A day after copping a $10,000 fine for his run-in with Hastings in Gladstone two weeks ago, Cherry-Evans endured a horror afternoon as the Sea Eagles slumped to a demoralising 44-10 loss to Parramatta.

Since revelations of the stoush emerged, Manly have been dusted a combined 82-22 in heavy defeats to the Eels and Wests Tigers, however, both captain and coach Trent Barrett denied the saga was in anyway related to the team's alarming form slump.

The Sea Eagles held a team dinner on Thursday when Hastings and Cherry-Evans broke bread, with the latter "accepting responsibility" for his part in the incidents.

"It's fine, we cleared the air straight away," Cherry-Evans said of his relationship with Hastings.

"It's a shame to see so much written about it considering how quickly we moved on ... I've copped it all on the chin. I sat down with the club during the week and accepted the punishment.

"I'm not proud of what's happened but the best way I can respond is to try and play some good football."

Cherry-Evans denied the off-field attention had effected Manly's preparations, despite a number of players publicly offering support to Hastings, seemingly at odds with the clubs' stance.

"Not at all, considering how quickly we moved on from the situation,'' Cherry-Evans said.

"There was no lingering awkwardness and it certainly didn't leave it as an excuse to play poorly today. No way."

Barrett bristled when asked whether he would consider Hastings for first grade, having earlier this week hinted at the youngster plying his trade with feeder side Blacktown Workers for the rest of the season.

Hastings turned out in the Intrust Super Premiership on Saturday, scoring a try and having a hand in two others as Blacktown accounted for Wyong.

Despite Manly's well-documented depth issues and their nosediving form, Barrett repeated his midweek comments around Hastings' demotion, though he refused to rule the 22-year-old out point blank.

"The incident in Gladstone was a little bit of the straw that broke the camel's back," Barrett said.

"This isn't an isolated thing where I've just gone bang bang and made a decision. There has been things leading up to that. It isn't the reason why we've lost today, it certainly doesn't help.

"And who I pick next week I will sit down on Tuesday and pick a side. But I will not be answering another question on it."

Compounding Manly's woes was what is feared to be a serious knee injury suffered by winger Brad Parker, further depleting their already thin playing stocks. 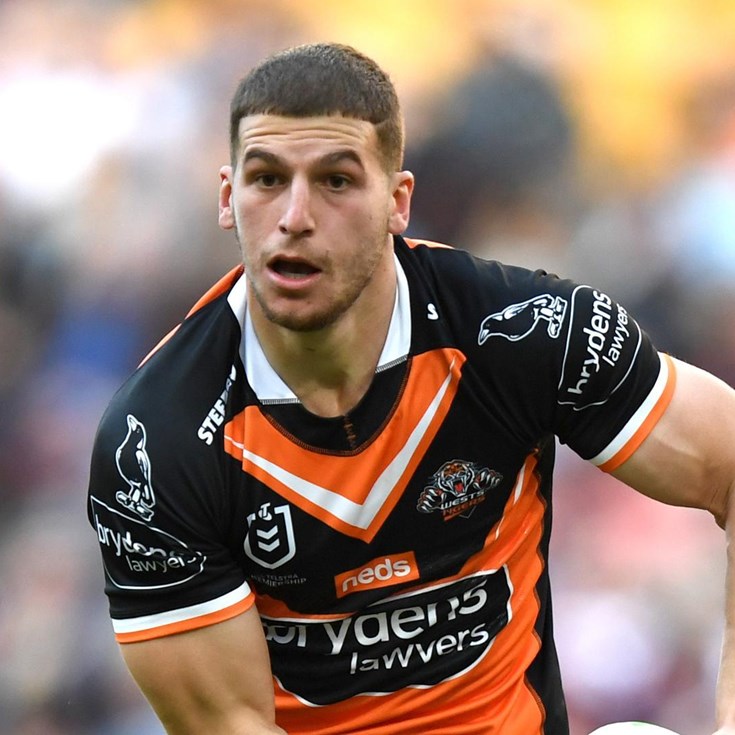