Johnathan Thurston has voiced his unshakeable belief North Queensland will be playing finals football in September while declaring "people can say what they like about us".

The Cowboys are second last on the Telstra Premiership ladder despite a last start 26-14 win over the Gold Coast which broke a five-game losing streak.

Many pundits have put a line through the Cowboys figuring in the finals with the side needing to win at least 10 of their last 17 games to reach the play-offs for a sixth consecutive season.

"We always have that belief, that's never changed from inside these four walls, and we need to make sure we continue the high standards that we set at training and transferring that on to the paddock," Thurston said when asked whether the finals were still realistic in his final year in the NRL.

"[Last week's win was] a step in the right direction for us and we just need to build on that now. We had to fight and scrap for everything on the weekend and no doubt we'll have to do that again."

Thurston outlined the key areas the side needed to build on to beat the Raiders on Saturday night.

Thurston's combination with five-eighth Michael Morgan impressed against the Titans.

Morgan had earlier told NRL.com about the juggling act he and Thurston had to manage this year as two dominant playmakers in their own right.

The Cowboys five-eighth explained what changed in the win over the Titans.

"He is our leader and our halfback and I am fine with him being the main guy, but I think we just got a better balance on the weekend," Morgan told NRL.com.

"We controlled the game better. We were clearer with each other was doing and we communicated better on the field too.

"When you are losing you have conversations about a lot of things but the main one we had [before the game] was about being on the same page.

"At times previously it was like we were playing a bit flustered so it was about getting back to playing that controlled game."

Morgan said the goal was now to "keep the momentum going" with his halves partner.

An upbeat Thurston agreed and said "the mood is a lot better when you come in on Monday morning" after a win, while addressing questions about his advancing age.

"Mentally it's fine, physically you need to work on it pretty hard, obviously a lot of physio work and a lot of massages so I'm not too bad for 29," Thurston, who turns 35 on Anzac Day, grinned.

"The older you get the longer it takes to recover on the body but, being my final year it's easier to get out of bed and come to training and stir the boys up and go home to spend some time with the kids." 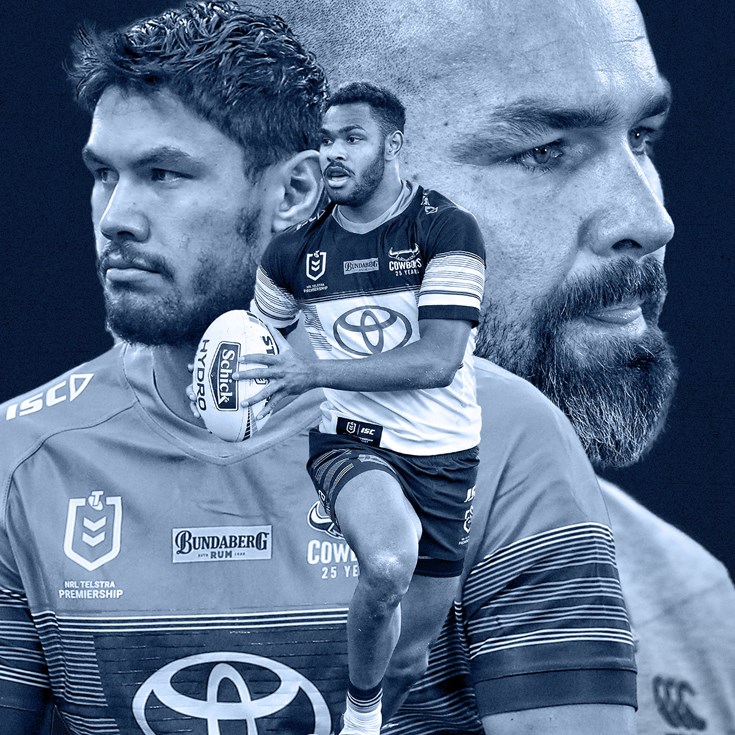 Bouncing back: Morgan ready for role of captain fantastic