Ben Hunt is leading and benefiting from the Red V's razzle dazzle footy like no other Dragon as he unlocks the running game that first shot him to Australian Test honours.

Hunt stole the show on Anzac Day as he squared off with long time Maroons and incumbent Kangaroos half Cooper Cronk, outpointing the Roosters veteran in an impressive 24-8 Anzac Day win.

The Dragons lit up the contest from the outset with a spectacular 60-metre play involving a chip kick for Nene Macdonald to score in the first minute.

It was Hunt sniping around the ruck that started that movement. He scored himself with a charge and a step at the line right on halftime.

Not since the 28-year-old's breakout 2014 season for Brisbane, which finished with a maiden Four Nations berth, has Hunt gone to the line so frequently and with so much success.

Coach Paul McGregor said the startling first-minute attacking raid was indicative of the confidence flowing through both Hunt and his side at the moment.

"To start the game you'd be looking for field position but if they see anything they're allowed to go out there and execute it," McGregor said.

"Benny did that. He was looking to put the ball deep in the corner or high in the air, it opened up for him, he created something, we reacted and got a try.

"That's playing footy. And that's what we like about the way we're playing. I'll never coach them out of that. That's just players going out there and not being mechanical, playing what's in front of them."

For halves partner Gareth Widdop, Hunt's arrival in the red and white has been a god send.

The pair have brought out the best in each other, as they work with assistant coach and NRL title-winning half Ben Hornby on their combination.

With a Queensland Origin jumper calling once more for Hunt, Widdop pointed to his teammate's stint at hooker for the Broncos last year as a spur to truly dictate the game in the No.7 jumper.

"(Hunt's running game) has been good and that's the key for any halfback, when they've got a good running game it can flow from that," Widdop told NRL.com.

"We speak about it a lot together and at the back end of last year he played a fair bit of hooker so he's relishing the opportunity now.

"He's strong, he's got great footwork and he's not shy about taking a chance when it's there for him. The last two weeks he's come up with two big plays so it's pleasing to see.

"He's a halfback, not a hooker certainly. It helps when everyone's doing there job as a half, playing behind a forward pack that's going well it makes it easier.

"We then get to play that eyes-up footy, and when you've got confidence your eyes are up a little bit more and you see those things and sometimes they just happen." 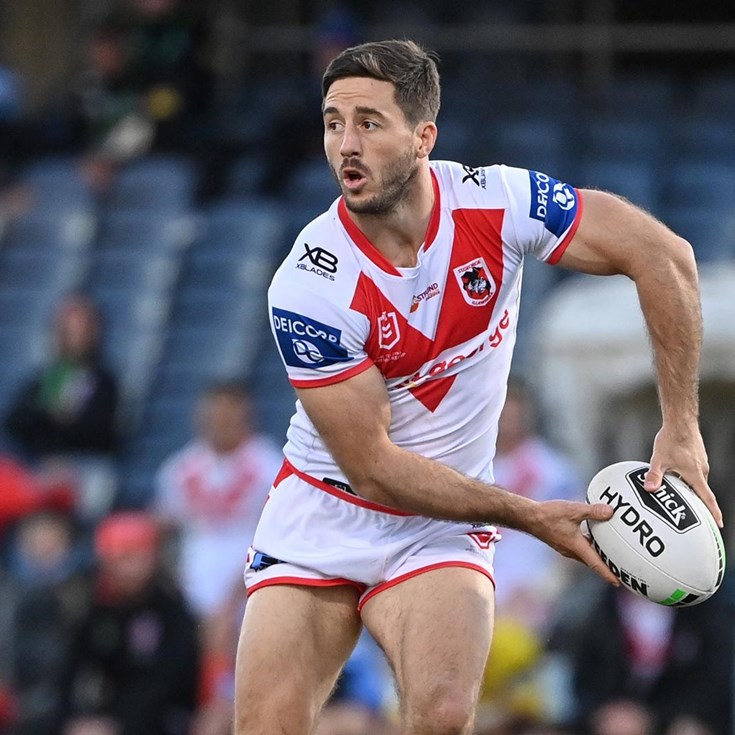