Penrith prop James Tamou has put his hand up to represent the New Zealand Maori side again, five years after pledging his allegiance to Australia over the Kiwis in controversial circumstances.

Despite being born in Palmerston and holding a New Zealand passport, Tamou was at the centre of an international eligibility storm in 2012 with the 29-year-old opted to play for the Kangaroos after being lured by the attraction of Holden State of Origin under former NSW coach Ricky Stuart.

Tamou was spotted singing both the Australian and New Zealand national anthems during the recent Anzac round clash against the Bulldogs, sparking fans into questioning the reasons why.

"It was something I wanted to do for both countries – sing for them," Tamou told NRL.com.

"It goes back deep – Anzac Day – and even more coming from a New Zealand heritage and moving over to Australia at such a young age and what it's done for me and my family.

"It's hard for people to see that. New Zealand have got some very loyal people. Mum and Dad moved over for a better life for us.

"My wife is part-Australian and kids are too, but being a Maori it's still in my life and blood. You can't always go away from that and that's why I sung both."

Tamou was a part of the squad that played a curtain-raiser at the 2008 World Cup which included household names Shaun Kenny-Dowall, Jordan Rapana and Kevin Proctor. He also represented the Maori in 2010.

The former Cowboys front-rower was adamant a return to represent his heritage before retirement was on the cards. "I'd love to, especially with the young players coming through," Tamou said.

"It's a scary pool of talent they've got. They're talking about a game next year, hopefully that goes forward and I can be a part of that.

"I remember playing at the start of my career and it was a stepping stone for me. It would be a nice touch to play again."

NZ Maori coach Mark Horo was stoked Tamou had decided to offer his services. "I think it's a fitting way to finish his career," Horo said.

"At the time it was controversial when James moved on to play for Australia. But when they use the terms heritage that's what we're looking at.

"You see it now with the Tongan boys. It's different to the word country. I think James is another feature of all that, they can play for their heritage.

"It would be pretty special to see him back and at this stage of his career it would be exciting."

Horo confirmed there were ongoing discussions as to the side's next fixture but is continuing to push for a game at least once every two years and preferably during the representative weekend.

The side's last clash was against the First Nation Goannas in February, resulting in a 22-16 loss at Redfern Oval.

"Myself and Laurie [Daley] talked about a game early next year like what we did this year," Horo said.

"I think it's a game that could really promote that heritage side of rugby league. We've got the Pacific Test but it leaves us out. If they change the Pacific Test to include first nations too, that could incorporate everyone including Lebanon, who were great last year at the World Cup. 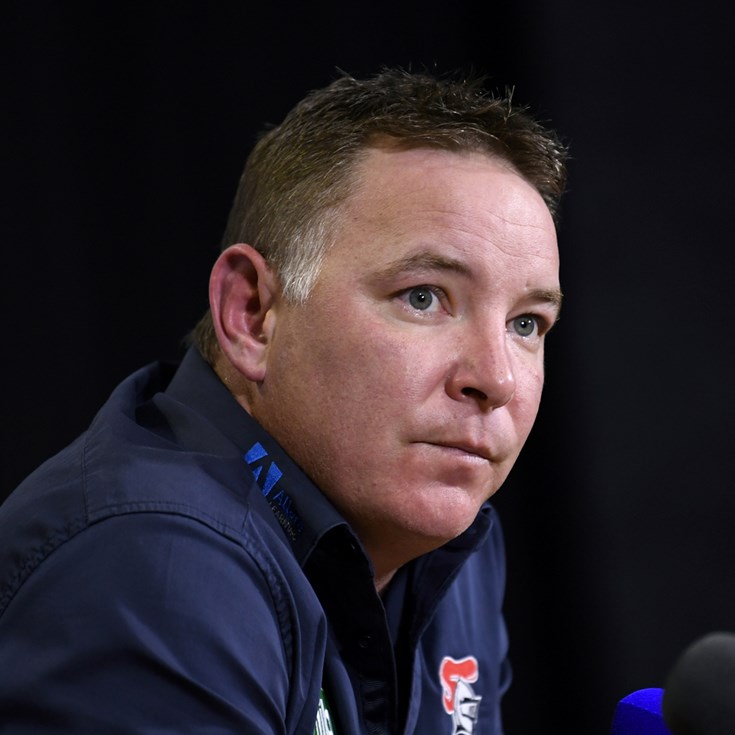