Warriors centre Solomone Kata has made an early decision on his representative future, opting to stick with the red of Tonga rather than the black and white of New Zealand.

Kata told NRL.com on Tuesday he planned on following the lead of Cronulla prop Andrew Fifita, representing Tonga over his adopted homeland.

"Right now, I want to stay strong for Tonga," he said.

"It's a personal decision, I don't talk about it with the other Tongan boys here at the Warriors, but my family supports me either way and that's the decision I have made."

The powerhouse centre hasn't spoken at length with new Kiwis coach Michael Maguire yet, but regardless won't be changing his mind.

Fellow Tongan representative David Fusitu'a is still to finalise his decision, but said after last year's saga in the build up to the World Cup he wanted to make a call sooner rather than later.

"It's a personal decision, when that time comes I'll have a chat with my parents and mentors," he said.

"I don't want to be that guy that keeps jumping ship. It's about honouring both teams and making sure my yes is a yes and my no is a no.

"I regret how it played out last year, in a way we made it hard for them (the Kiwis coaching staff) with the timing of it all last year. This year that's something I really want to work on and when I make my decision it has to be early to give both the Kiwis and Tonga time to sort out their teams."

Newly appointed Kiwis coach Maguire was in the Warriors' changing room following last week's loss to the Roosters, chatting with players as he looks to finalise his squad ahead of next month's historic Test match in Denver against England. 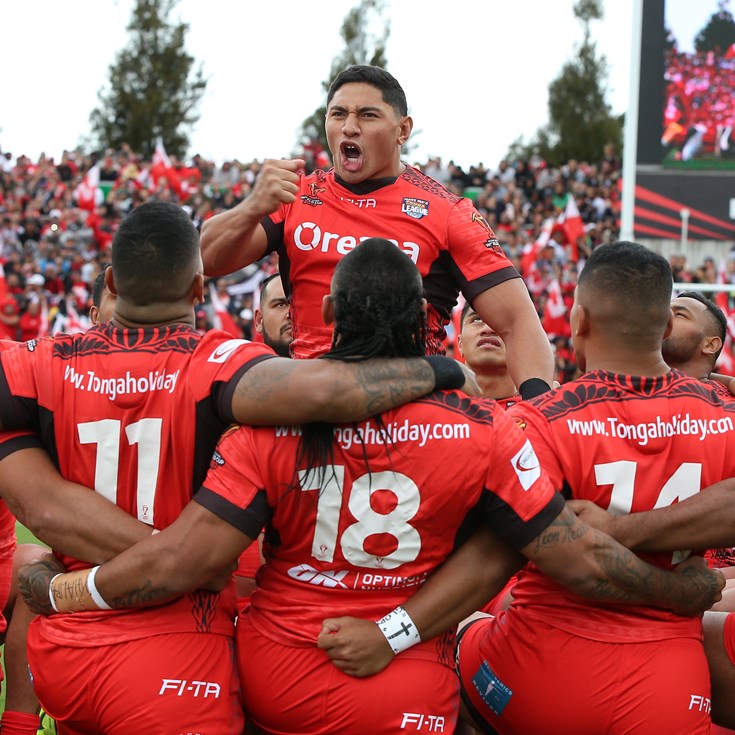 Warriors double act: Fusitu'a gets the tries, Maumalo gets the credit