Nathan Brown has conceded what every Newcastle Knights fan was thinking – Sunday's 48-10 Telstra Premiership loss to Cronulla Sharks was their worst performance of the year.

He explained that while the club's defence has let them down all year, they have remained in games due to their attack – but even that was off the boil against the Sharks.

One reason Brown puts it down to is the limited impact Kalyn Ponga was allowed to have both due to the Cronulla defence and the Knights' poor structure.

"Today was easily our worst performance, not only offensively, but defensively," Brown said.

"A lot of passes were going behind instead of in front and it just never really flowed smoothly.

"A lot of Kalyn's best work is done at second and third receiver and when that's not flowing it's not getting to him quick and crisp and no-one is really moving well.

"The defence was not where we need it to be, nowhere near it, but offensively they made us look second rate, and that [attack] is something we have held our hat on a little bit, so it was a poor all round day."

Ponga left the field for a HIA after a tackle from Luke Lewis, but Brown was non-committal on whether the tackle should warrant further attention.

"At the end of the day, Luke Lewis plays the game hard, and pretty fair," the Knights' coach said.

"If he has got his timing wrong and it's a touch late, he is not the type of player to deliberately do it.

"And if he has got him in the wrong spot, I am sure the right people will deal with it."

On a day where nothing appeared to be going right, Brown had just two positives.

"Daniel Saifiti has had a tough couple of weeks and he had a pretty good game, a good response," Brown said.

"Then the [Sharks] right centre who has signed for us next year played really good, Jesse Ramien – if you are being honest about it that was the only other good thing to come out of it for our point of view." 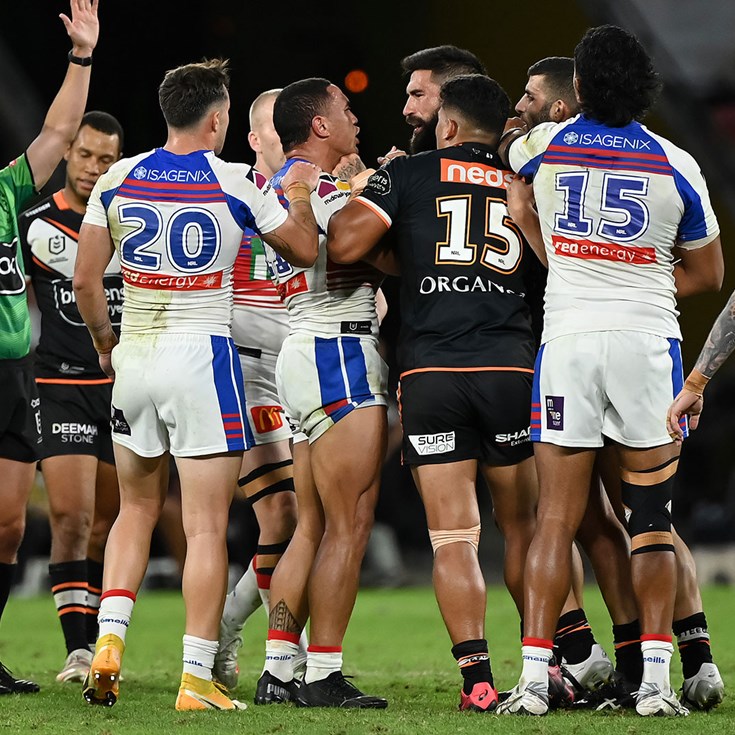