Brad Fittler has two pet llamas. Named them Michelle and Barack to be exact.

So you could imagine his surprise when Barack recently gave birth to a cria (a baby llama according to Wikipedia).

'Freddy' is a strange cat. On his first day at the NSWRL, he climbed up on to his desk to remove the fluorescent lights because of the impact of the ultraviolet rays they emit.

In the days leading into games, he asks his players to walk bare foot on the grass to absorb the minerals and develop an affinity with the surface they will play on.

Those who have played under him will tell you about some of the breathing and role-play techniques he adopts.

Like laying on the grass and looking into the heavens visualising the game the night before.

Most coaches are sheep. They follow the trend. Not Fittler. He's different. Somewhat llama-like, you could say.

It's why it comes as no surprise he is about to unveil a record 11 debutants in the NSW team officially announced at The Star on Monday night.

New addition to the Fittler family. Looking for a name for our new baby girl

Traditionally, NSW have picked a team to stop Queensland. It hasn't worked.

Fittler has done the opposite, picking a team packed with pace and attacking options. To quote James Roberts, one of the fresh faces in the NSW side, this team has "more speed than Oxford Street".

There's no waiting for Queensland to beat themselves. Fittler has picked a team that says "we'll beat you ourselves" when they run out in front of an expected crowd in excess of 80,000 at the MCG next Wednesday.

It's somewhat of an acknowledgement that "yes, we'll miss tackles but we'll make you miss more".

That's highlighted by the omission of Josh Jackson from all discussions, a player who has been the mortar of their defensive line in years gone by.

Fittler's also picked a general in Nathan Cleary, who plays like a Queenslander - according to his father Ivan.

Not a player who wanted to be a Queenslander, like Luke Keary.

A fortnight ago there were concerns surrounding Cleary's ability to recover from his knee injury.

Cleary openly told NRL.com when he returned from the setback that he wasn't going to be at 100 per cent fitness for a couple of weeks.

Fittler watched closely. But Cleary's performances only left him more excited about what he could do at full fitness.

Plays like a Queenslander, apparently. Someone who prides himself on high effort, not highlights.

Only six survived the bloodbath that was Laurie Daley's execution last year.

There was a perception that the culture had gone astray, likely fuelled by Fittler's advisor Phil Gould, who was last year quite vocal about his displeasure in the NSW set-up and the mindset of its players.

Fittler has cleared the decks, removing players that don't fit the mindset he wants to instil. He's injected youthful exuberance and players who don't carry the mental demons from yesteryear.

It's an old-school approach with a 21st-century flavour that "Freddy" will adopt. The camp in Coogee, surrounded by Blues legends.

Some private bonding sessions, no doubt. But the camp won't be shrouded in secrecy or affected by the paranoia of those in charge.

Media will be able to watch training sessions. Players will be available for interviews but more importantly will be happy to do them. Because that's what "Freddy" wants.

And it won't be overshadowed by players using the Origin arena to talk about their own contract dilemmas or threaten the NRL over CBA negotiations.

It'll be different. But it'll be Fittler to a tee.

Interestingly, when llamas are born they are up and walking within 30 minutes.

Fittler is counting on his troops finding their feet just as quickly. Let's just hope he's better at picking out footballers than the gender of llamas. 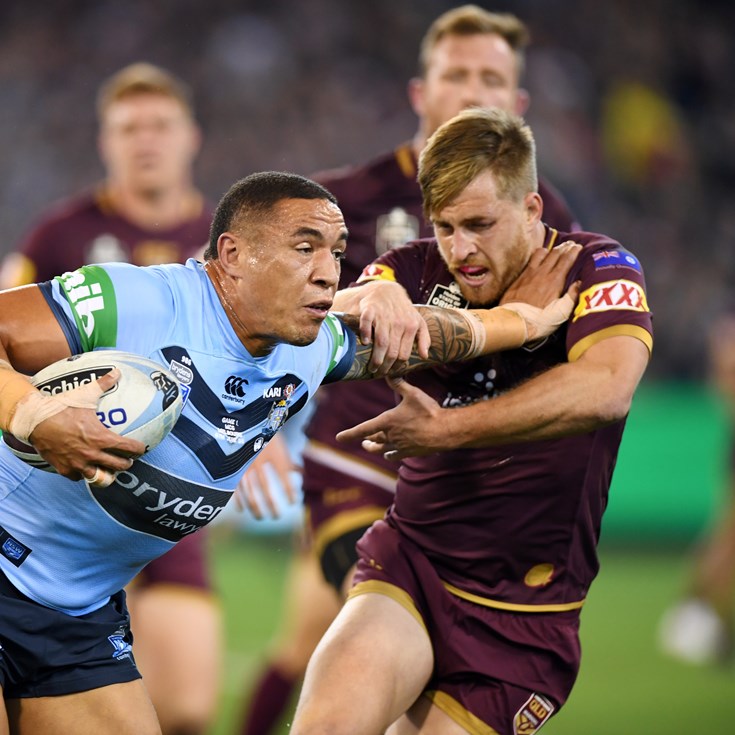