New Maroons halves Cameron Munster and Ben Hunt insist their best is yet to come as they target becoming a long-term combination like the two Queensland legends they have replaced.

Munster ran strongly and Hunt showcased his much-improved kicking game in Wednesday night's 22-12 loss to NSW in the Holden State of Origin series opener at the MCG but both halves told NRL.com they were far from satisfied with their performance.

"I definitely think there is room to grow for us," Hunt said.

"It was our first game together as halves and the more time we can get in camp to work on our combinations the better our direction around the field will be.

"I thought we lost our way a little bit tonight and didn't get to the places we wanted to get to, and that falls back to me and Cam. We need to be better because it is up to us to get the team around the park."

Hunt's kicking game has come a long way at the Dragons and he showcased just how far on several occasions against the Blues.

The halfback produced a deft kick into the in-goal area that resulted in a try to Dane Gagai early in the second half and also secured a 40/20 with a raking long kick. He threatened on other occasions with the boot and combined well with Felise Kaufusi on the Maroons' right side.

"It didn't think I was far off the pace. I wasn't unhappy with my game," Hunt said.

"I still need to be better in a couple of little areas and get my hands on the ball a bit more."

Munster was a threat when he ran the football but will focus on improving his game management and linkage with left-edge centre Greg Inglis in game two.

"Coops [Cooper Cronk] and Johnathan Thurston were a great combination but they spent years together," Munster told NRL.com.

"Hunty was outstanding for us and I was OK in patches. I feel like I can get better in attack and give GI more ball so we can become really dominant on that left edge.

"It was our first game together so we can only get better. Hopefully, Kevvie picks the same side for game two and we can get to Sydney and rattle some cages."

Hunt, who had a disrupted preparation due to a corked thigh, said he relished his first start in a Queensland jersey but conceded the blowtorch was now on the Maroons to square the series in Sydney on June 24.

"It was fast and a good learning experience," he said.

"I know we lost but I really enjoyed the occasion. I feel like I am up to Origin and I can grow from here.

"The pressure is on us now. We need to get into the next camp, put our heads down and train really hard so that we can be better."

Origin I is done and dusted! Don’t miss game two at ANZ Stadium on Sunday 24 June. Click here to get your tickets. 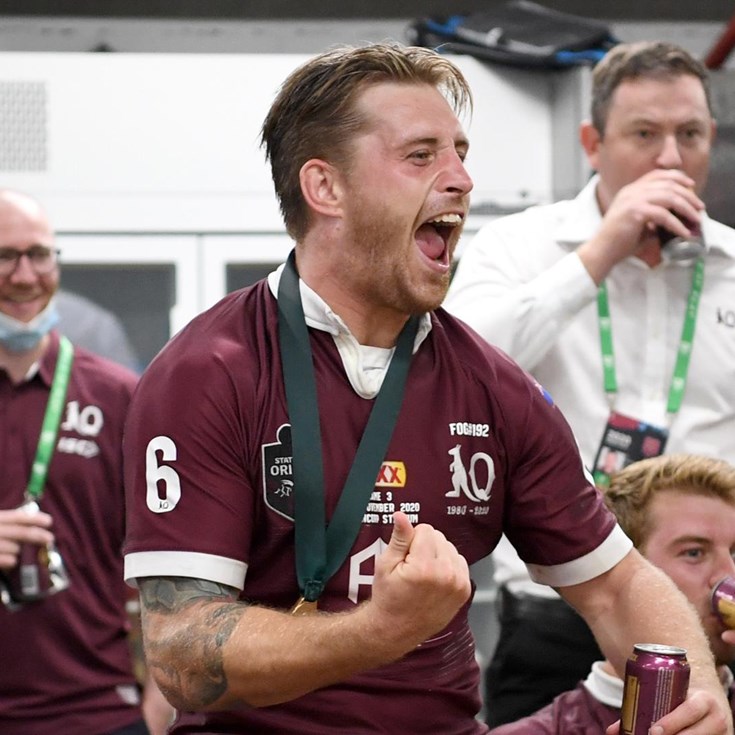