Storm flyer Josh Addo-Carr lived up to his billing as the fastest man in the NRL in the Holden State of Origin series opener, clocking the fastest speed of any player on the field according to Telstra Tracker technology.

The GPS and tracking functionality recorded Addo-Carr at a blistering 36.3kph, more than a full kph ahead of the next-best, Queensland winger Val Holmes, who hit 35.2kph on his long-range intercept run to the try-line.

Man of the match James Tedesco not only busted a record 17 tackles in the 22-12 win but hit the third top speed of any player on show, streaking to a first half try at 35.1 kph.

Maroons centre Will Chambers had a rough night in defence as opposite man Latrell Mitchell rampaged his way to 11 tackle busts and a try but still clocked 34.5kph – just ahead of Mitchell himself who got up to 34.2kph.

The only other man to get over 32kph was James Roberts, who is capable of broaching 36kph and reached 33.0kph on Wednesday night.

The Telstra Tracker also recorded players' average match intensity – essentially how much distance covered compared to their time on field – with Blues halfback Nathan Cleary coming out on top.

The 20-year-old playmaker was steady in attack, getting smashed plenty of times when putting in tough clearing kicks, but superb in defence, handling plenty of tough treatment from the likes of Greg Inglis and Gavin Cooper.

Cleary's 7781 metres was the most distance travelled of any player in Origin I with a corresponding match intensity rating of 96.0. Angus Crichton was second on the intensity readings with 94.1, covering 4960 metres in his 50 minutes on field.

Blues skipper Boyd Cordner (7639 metres at 91.0 intensity) and Maroons second-rower Gav Cooper (7620 metres at 92.1) were second and third respectively for most metres in their 80-minute back-row stints. 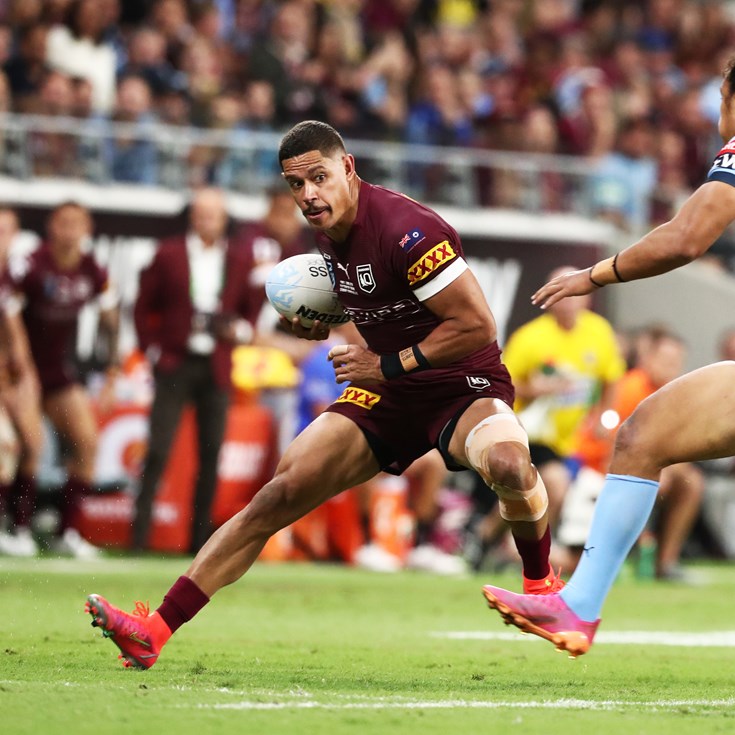