Six debutantes have been selected in Jason Hetherington's Queensland squad for the upcoming women's Holden State of Origin at North Sydney Oval on June 22.

The selection of New Zealand international Feterika is a boost for the Maroons with her selection based around residency rules after a move to Queensland this year.

Veteran forward Stephanie Hancock has also been named after delaying retirement plans for a further season.

The match will mark the first time the female fixture will fall under the Origin banner after previously being called the interstate challenge.

New South Wales have clawed their way back after a 17-year Queensland dominance and currently hold the title after last season's 22-6 victory in Wollongong.

Maroons stalwart Heather Ballinger told NRL.com the core group of players were eager to reclaim the trophy in the standalone fixture and in enemy territory.

Ballinger missed the National Championships in Southport last week as a precaution for a minor knee injury.

"The last two years have hurt massively, there's nothing worse after losing the trophy and then following it up by not getting it back. We want nothing but it back," Ballinger said.

"I think with the fresh faces it is going to pump up our more experienced girls and bring a new energy around the side to show that Queensland spirit.

"Jason Hetherington's knowledge and experience is something that the girls have never had that exposure to improving our game before.

"We've had a couple of camps, he'll work with the new girls who have been named and prepare us well for the game."

The Blues will name their squad next week but are set for a disruptive campaign with a number of injury concerns following last week's gruelling three-day carnival on the Gold Coast.

Ruan Sims, Nakia Davis-Welsh and Simaima Taufa are battling injuries, while Caitlin Moran ruptured her ACL at a club game in Brisbane a fortnight ago.

Sims is of the Blues' highest concerns with an arm injury.

"Whether Ruan is there or not we've got to prepare as if she will be," Ballinger said.

"She will do everything she can to be. If she's not she will still be around the NSW squad in a background role and we know the type of impact she can have whether she's on the field or not."

There are no concerns over new Dragons signings Kezie Apps and Talesha Quinn, while rookies Taleena Simon and Rikeya Horne (both concussion) have been cleared to remain in contention for Blues selection. 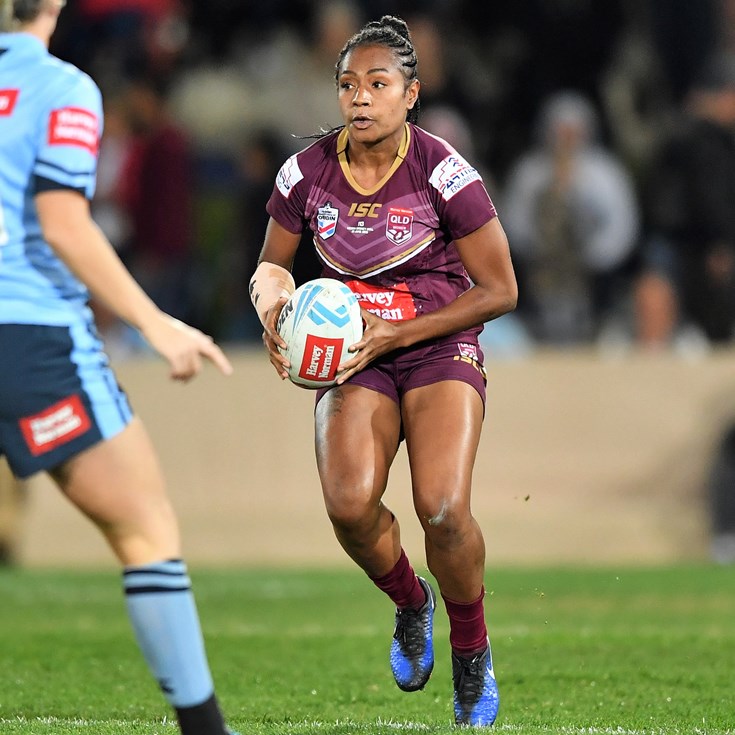