Maynard qualifies for the Blues under residency rules despite being born in New Zealand and playing for the Kiwi Ferns at last year's World Cup.

Her selection comes as the Maroons picked Kiwi Ferns forward Maitua Feterika in their squad last week after she moved from New Zealand to Queensland earlier in the season.

Both Feterika and Maynard will remain available to the Kiwi Ferns for any international fixtures at season's end despite their new state alliances.

"I think those rules are in transition, now that it's changed from the Interstate Challenge to Origin it will be probably another year until it's a fully fledged selection process similar to the men," Cross told NRL.com.

"But no, we've had no correspondence with Queensland and what they're doing so it wasn't something we looked to do because they picked up a player as well. Nita was doing quite well at Cronulla-Caringbah and we had a few injuries in that position.

"She's cemented her spot and her standing in the game is at a top level. There are different circumstances in the women's game that will probably get ironed out over the next year or two but if she's available now we would be silly not to have taken her."

Cross has named a strong line-up in a bid to retain the trophy despite several incumbents missing through injury.

The Blues will be without Ruan Sims, who confirmed she would miss the standalone fixture after undergoing surgery on a broken hand suffered last week, while Caitlin Moran (knee) has been ruled out for the remainder of the season.

Jillaroos forward Simaima Taufa, who is on the comeback trail from a hip injury, has been named up front to replace Sims.

"We're just going to have to win without her, we've got to move on quickly," Cross said of Sims.

"I wasn't dwelling on who was in the side. As a playing group and I as a coach, there's enough experience there without her. She'll get there for the camp and be around the girls."

Blues halfback Maddie Studdon will captain the side, which features Jillaroos representatives Sam Bremner, Corban McGregor and Isabelle Kelly in the backline.

Cross rated Nakia Davis-Welsh an 80% chance of playing despite an ankle injury, with winger Quincy Dodd on standby after a strong National Championships carnival earlier in the month.

Newcastle locals Holli Wheeler and Hannah Southwell are the bolters on the bench, but there was no room for last year's hat-trick hero Jessica Sergis and speedy winger Jamie Fressard.

"Where the game has risen with the depth, if I was to talk about this a few years ago it wasn't right there.

"The depth coming through now is the key to whether this becomes a two or three-game series in the future."

NSW have won the previous two interstate challenges under Cross, but before that it was all the Maroons with an incredible 17-year dominance. 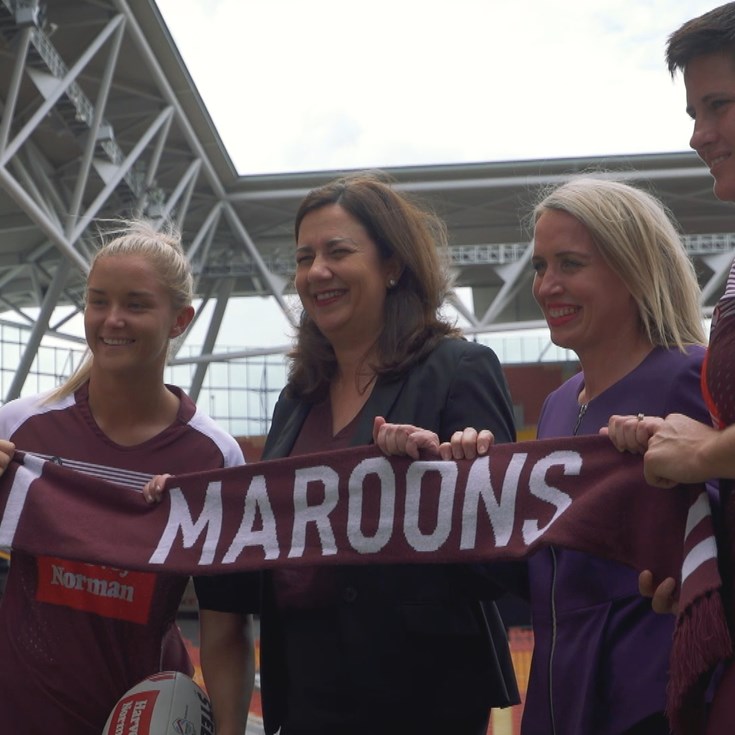