The Cowboys' inability to master the basics "you're taught as a kid" has all-but sounded the death knell on a finals farewell for champion playmaker Johnathan Thurston.

North Queensland's abysmal 59 per cent completion rate and 20 errors ensured a disappointing 20-14 loss to Parramatta in Darwin on Saturday night, which will leave them stranded eight competition points away from the top eight by the end of round 14.

With his side pinged twice for improper play-the-balls, numerous forward passes and four players, including Thurston, racking up three handling errors each, the Cowboys skipper is facing an ignominious end to his storied NRL career.

Like many who tipped last year's grand finalists to go one better in 2018, Thurston was at a loss to explain how the Cowboys had fallen so far so quickly, to the point where the fundamentals of the game have deserted them.

"We need to get to the bottom of it," Thurston lamented. "They're the answers we need to find out. Just basic footy.

"Catch pass, catch the ball first before you pass, that would be nice. Play-the-ball, it's stuff you're taught as a kid and we were very ordinary in that aspect tonight.

"It's frustrating. We're putting ourselves in positions to get points but it's tough when you keep turning the ball over and it's mental. Trying to go for the kill straight away instead of trying to build a bit of pressure.

"We start playing [the] scoreboard, the clock instead of getting through the sets and just trying to build pressure, so like [coach Paul Green] said it's all mental."

With just four wins to show for their efforts after 14 outings, the Cowboys are now left needing a likely nine wins from their last 10 games to crack a finals appearance before Thurston retires.

Michael Morgan is expected to be back on deck for next Friday's home game against the Warriors, having sat out the Eels loss with a chronic groin issue exacerbated by a three-day turnaround from Origin I.

Green, meanwhile, was fully aware of the opportunity North Queensland had blown against the last-placed Eels, a team they had beaten in five of their past seven meetings.

"It was a great win last week [against Manly] and a real opportunity missed for us to get a bit of momentum going," Green said.

"They're fundamental errors we're making so it's not skill or talent. We need to get to the bottom of what's going on in people's heads. That's what we need to get some answers about." 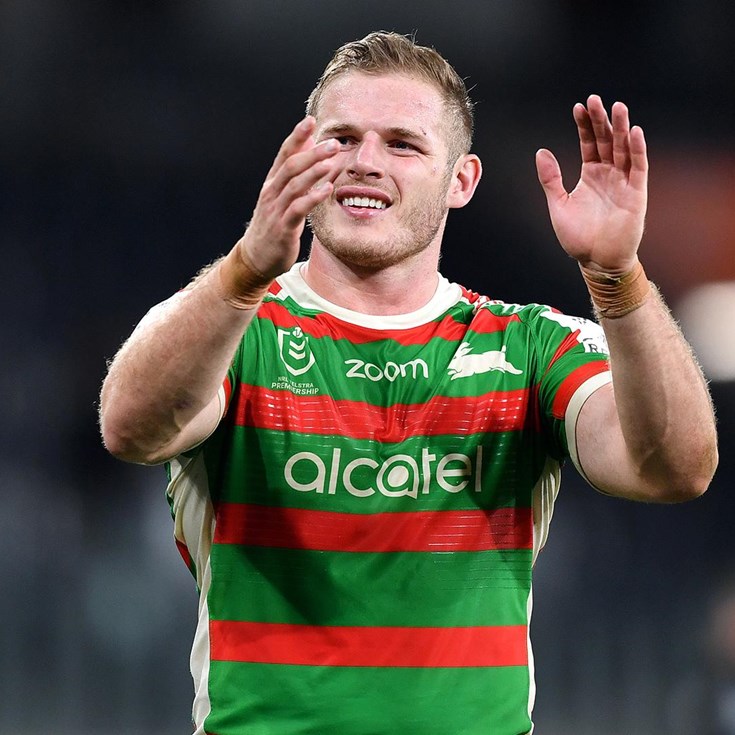 The emergence of Tom Burgess as a Rabbitohs leader