Maybe this is stating the obvious, but this is pretty much the last throw of the dice for both of those teams.

The Bulldogs are chasing their tail down in 15th spot, suffering their 10th loss of the season with last week's beating from the Dragons. They are slight favourites going into this clash but that doesn't guarantee a win for a team that has struggled to score points all year.

The Titans gave the Rabbitohs an almighty scare in an 18-16 loss last week, but moral victories count for nothing on the ladder. Their record stands at 4-9 and a loss to the Doggies would all but bury their finals prospects.

Given that both teams have nothing to lose and everything to gain, this might be the toughest game of the round to pick.

Key match-up: A lot rests on the shoulders of big-name forwards Ryan James, Jai Arrow, Kevin Proctor and Jarrod Wallace to lay a platform for the likes of Ash Taylor and AJ Brimson to throw some grenades at the Bulldogs' suspect defensive line. Taylor cops a bit of flak from some Titans fans but he needs his forwards to make it a mission to dominate up front.

For the Bulldogs to win: After dropping to 3-10 with last week's loss to the Dragons, the Doggies are in danger of dropping to dead last on the ladder after Parramatta (3-11) broke a five-game losing slump. The finals are out of reach but their performances need an injection of urgency or the wooden spoon awaits.

For the Titans to win: Competed for the full 80 minutes against the Rabbitohs and only just fell short of causing one of the upsets of the season. The Titans need to replicate that effort and stay focused on executing the game plan. They might only need to score three or four tries against a team that averages about 15 points per game.

Bulldogs Stat Attack: Canterbury may be sitting below the Titans on the ladder but in the last three encounters between these sides the Bulldogs have come away victorious. The Titans should be concerned as they face Canterbury in their first game at Belmore Oval this year and the Gold Coast haven't won outside of Queensland this season.

Titans Stat Attack: Having debuted in round six of the 2013 season for the Titans, winger Anthony Don is set to play his 100th NRL game on Saturday.

And another thing: Two coaches on opposite sides of the fence who must know exactly how the other feels. Dean Pay is in his first season as an NRL head coach, as is Gold Coast's Garth Brennan. Their teams are floundering near the bottom of the ladder and there has been suggestions on social media that they might not be up to the daily pressures of being in charge of an NRL team. Pay is on a two-year deal, while Brennan is in the first year of a three-season contract. Both deserve a chance to prove themselves at the highest level.

The Bulldogs have made three late changes, with Reimis Smith starting on the wing in place of Brett Morris, who is out of the 17-man team, and Aiden Tolman starting for Dave Klemmer, who will come off the bench. The other change is Greg Eastwood moving from the reserves to the bench, with Rhyse Martin dropped an hour prior to kick-off. Lachlan Lewis was cut from the squad on Friday.

Titans coach Garth Brennan has stuck with the original 17-man team he named on Tuesday. The loss of Jarrod Wallace to suspension means Jack Stockwell moves into the starting side and Will Matthews comes onto the bench. A shoulder injury to Max King means 21-year-old prop Morgan Boyle has been named on the bench for his seventh game of the season. Bryce Cartwright and Leilani Latu were omitted an hour before kick-off, while Jai Whitbread and Kane Elgey were trimmed from the reserves on Friday. 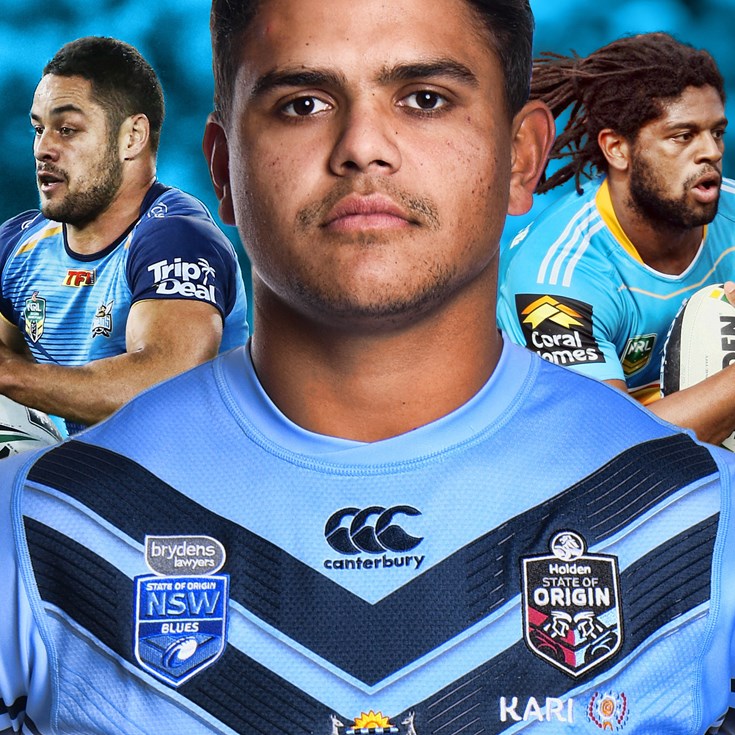 Holbrook puts Titans on notice at start of pre-season training

Titans: 2018 season by the numbers