Latrell Mitchell could be the Gold Coast’s most important signing since Preston Campbell and would have the founder of the Indigenous All Stars concept as a mentor if he joined the Titans.

Mitchell has booked a flight to the Gold Coast and will tour the club’s premises next week, while holding discussions about his future with new coach Justin Holbrook and head of performance and culture Mal Meninga.

Holbrook, who knows Mitchell from his time as an assistant to Trent Robinson at Sydney Roosters, and Meninga, who coaches him at Test level, believe he could provide the strike-power the Titans have been lacking since their early years when they boasted Campbell, Scott Prince and Mat Rogers.

With Campbell and highly regarded captain Ryan James as mentors, Mitchell could also make a significant difference off the field as a role model for young fans on the Gold Coast and in the Northern Rivers area of NSW, particularly those from Indigenous backgrounds.

It’s a role the 22-year-old has already shown a willingness to embrace after choosing to play for the Indigenous All Stars rather than travel to England earlier this year with the Roosters for the World Club Challenge.

Mitchell also made a mid-season stand against racism after being subjected to social media abuse and said he would continue to do so in the hope of changing attitudes across society.

Ryan has spoken about how Campbell offered him guidance when he started his career with the Titans and the club’s inaugural signing, who has a grandstand named in his honour at their Robina stadium, is involved with the Gold Coast in a mentoring capacity.

Campbell was the driving force behind the establishment of the All Stars concept in 2010 and Mitchell's first appearance on the Gold Coast could be as a home-town hero as the match is returning to Cbus Super Stadium in February.

The Titans are heavily involved in the Gold Coast community and Campbell (2008) and James (2018) have won the NRL’s Ken Stephen Medal for their off-field work while playing for the club.

However, Gold Coast have struggled on the field and after making the finals in their second and third seasons they have featured in the playoffs once since 2010.

Last season the Titans managed to score just 370 points and have not accumulated more than 500 points in the regular season for a decade, although they did finish with 499 points in 2010.

In comparison, Mitchell scored 273 points himself last season from 19 tries, 98 goals and a field goal, while making 10 try assists and producing a flick pass for winger Daniel Tupou that led to the winning try in the Roosters 14-8 grand final defeat of Canberra.

With Ash Taylor rejuvenated after a break to deal with personal issues, and the signings of Tanah Boyd from Brisbane and Queensland under 18s halfback Toby Sexton, the Titans may be on track to overcome their playmaking woes and Mitchell could finally be the X-factor they have been lacking.

While not in the class of Mitchell, centre Brian Kelly and fullback AJ Brimson are dangerous attacking players who could thrive from playing with the Kangaroos star, as would utility Tyrone Peachey, who played with him for NSW last year.

If the Gold Coast do sign Mitchell, critics will point to the failure of Jarryd Hayne to make an impact at the club.

But the circumstances are different as the back-to-back premiership winner has probably not yet reached his peak but is regarded as the best centre in the game.

In comparison, Hayne was 28 and had not played for two seasons while he had been in the United States pursuing an NFL career, in which he played eight matches for San Francisco 49ers in 2015.

Returning to the NRL the following season, Hayne was never able to recapture the form he displayed with Parramatta before leaving the game and he rejoined the Eels in 2018.

Another high-profile recruit, Jamal Idris, who was hailed as a marquee signing when he came to the Titans in 2012, failed to live up to expectations and left for Penrith after two seasons in which he struggled to hit top form.

Mitchell has already achieved almost everything the game has to offer but does not turn 23 until next June and has the potential to change the fortunes of the Titans if he signs with the club. 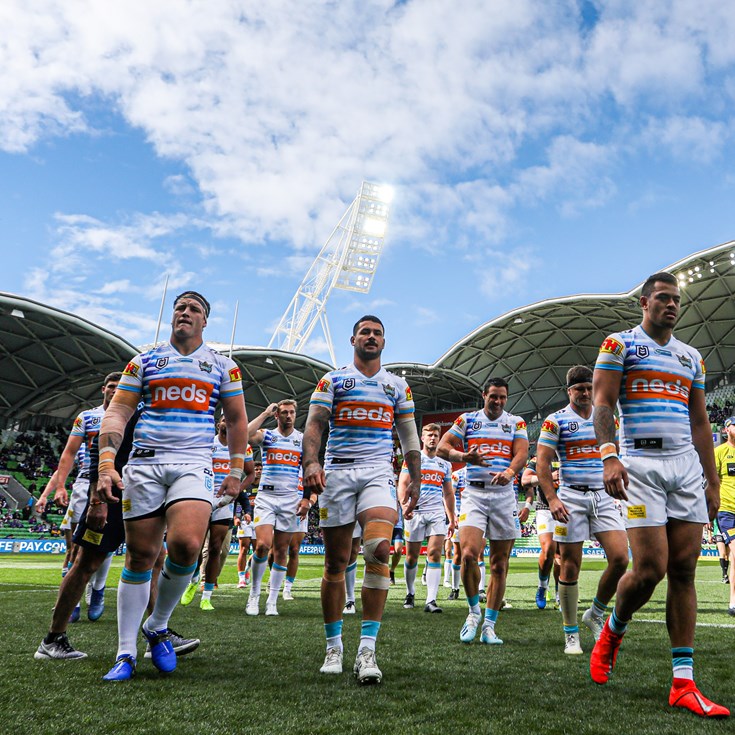 Titans: 2018 season by the numbers