When the stakes are highest, the cream rises to the top. Witness Wally Lewis and Cameron Smith with 15 man of the match awards between them. But it isn't only the superstars who have shone brightest on footy's biggest stage.

The backs may walk away with the credit but the platform for their prettiness is laid up the middle. In the engine room.

Where the big boppers butt heads and no quarter is asked or given. That's where blokes like Sam Backo thrived, and never more so than in 1988, when the Maroons completed their first ever clean sweep.

Not only did the enforcer from Ingham do the hard yards up the middle but he also stole the limelight from the speed men by crossing for a try in Game Two and a double in Game Three as Queensland iced the series with a 38-22 victory at the SFS.

Crowned man of the match in both those games Slammin' Sam then went on to blitz the Poms, becoming the first forward to score a try in all three Tests of an Ashes series.

4. Captain Cam's masterclass, Game 3, 2017
We didn't know it at the time but this was to be the swan song for the Maroons' magnificent leader – and what a way to go out.

In his 42nd Origin and with the series on the line, Smith produced a masterclass to collect his seventh man of the match award, one behind King Wally.

So complete was his performance that coach Kevin Walters has hailed it as "one of the best I've seen of anyone at that level".

Bare numbers don't always tell the full tale but 18 runs for 114 metres and 37 tackles speak volumes for the influence the 34-year-old had a night in which the Maroons farewelled JT and Cooper Cronk and ushered in a new superstar in Cameron Munster.

Just six minutes in to the 2017 series opener and it was obvious Andrew Fifita was a man on a mission. The big fella had come to play, rumbling through the Maroons ruck and offloading a sweet ball to James Maloney for the first of NSW's five tries.

The rampaging Shark made six tackle breaks in the first half and ran for a whopping 119 metres as the platform was laid for a resounding Blues win. Coming on the back of his dominant grand final display at the end of 2016, Fifita's powerhouse runs and deft offloads earned him comparisons with Immortal Artie Beetson.

A high shot from Greg Dowling had Royce Simmons seeing stars but coming off the field simply wasn't an option for the Blues rake.

These were the days of only two replacements on the bench so players tended to get up, shake their head, wipe a sponge across their melon and rip in again.

Simmons recalls waking up with his face in the Lang Park grass and telling himself to get up – and then falling flat on his face again. He got up again and the same thing happened. "The crowd were either cheering me or bagging me – I'm not sure which – but they seemed to be enjoying the show every time I fell over," Simmons told Rugby League Week in 2015.

"It all seemed to happen in slow motion but all I kept thinking was ' can't be replaced'. When the haze finally cleared the pugnacious Panther went on to score a try and become the first hooker to win man of the match in Origin.

Given the influence Chris 'Choppy' Close has had on State of Origin through the years it seems only fitting that he has a place in history as the man of the match on the night the concept was born. Just 21 at the time, Close followed the great Artie Beetson into battle on Lang Park and proceeded to tear the Blues to shreds.

Close steamed onto a Mal Meninga pass to score a try and gave experienced rivals Mick Cronin and Steve Rogers nightmares trying to contain him. After years of interstate humiliation at the hands of NSW, the Maroons players knew this was a moment that could define their careers and their lives.

"If you can gather your energy and muster it all like Artie showed us that night, then there's nothing that can beat us," Close recalls. Certainly not NSW on that emotion-charged night. 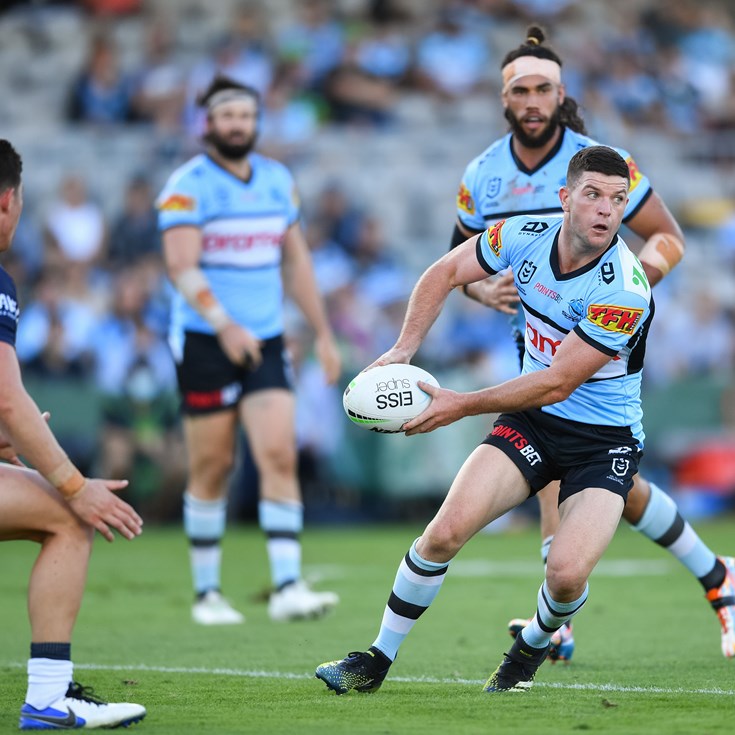