The flame-haired forward - the tallest man in the Maroons side at 198cm - completed the captain's run session at ANZ Stadium on Saturday to book his place for a fifth Origin appearance.

When he was helped off Allianz Stadium against the Panthers last weekend, after twisting his ankle in a tackle, things didn't look so rosy.

"He's worked around the clock... everyone wants to play in this jersey and Dylan is no different," Walters said.

In other news from the last Queensland session, Walters said he had a plan on where and how to play Kalyn Ponga; he wants his halves Ben Hunt and Cameron Munster to step up; he needs the Queenslanders to vastly reduce their missed tackles (53 in Origin I); and he says he's not particularly feeling the pressure - despite the Maroons being on the brink of losing a series for the first time since 2014.

"Everyone feels pressure but I'm pretty fortunate we've got a great group of guys in there and a great coaching staff who have all shared the load this week," Walters said. "Everyone hates losing.

"I'm very confident we can get out and give a really good performance against the Blues. Is that going to be good enough to win? I guess we all have to wait and see."

Although no-one is claiming to be feeling the pinch, the Queensland session was cut short for the media allowing no time for the traditional photos and vision of the warm-up. As soon as the last Maroon exited the players' tunnel and formed a huddle in the middle of ANZ Stadium, two security guards stood in front of lenses and told everyone to leave.

It gave the impression of a side under siege.

Walters complimented NSW on their 22-12 win in game one, and then detailed what parts of Queensland's game he wanted changed in game two.

"In game one the missed tackles by us was a big one.  They're not tackling dummies in players like [James] Tedesco, [Damien] Cook, [Latrell] Mitchell .. they're all quality players.

"I think we need everyone to lift. Our performance was good in game one but it wasn't great. To win Origin you've got to be great."

Walters needs his No.7 and No.6 to create more headaches for NSW this time around.

"Using that word again of going from good to great I thought Ben Hunt in game one was good, likewise with Cameron Munster. But they need to be great tomorrow night if we're going to get a win.

"That's been explained to them and I couldn't think of two better guys in that Maroons jersey and wanting to do their best for Queensland.

"They're very good players; they're great players. They will show everyone tomorrow night how good they actually are."

As for Ponga, Walters just wants the same spark he produces every week for the Knights.

"He's a tough player; a courageous player, and that suits Origin as well," Walters said.

"We've had many players over the years debut at his age and they've come through to be some of our greatest ever Origin players.

"There's no pressure on Kalyn to do anything but what he's been doing for the Knights. If he can do that he'll be an asset."

As for when Walters unleashes the Ponga fireworks, that will remain a state secret.

"Yes we have worked that out," Walters said. "Are you coming to the game tomorrow night? You'll see it there." 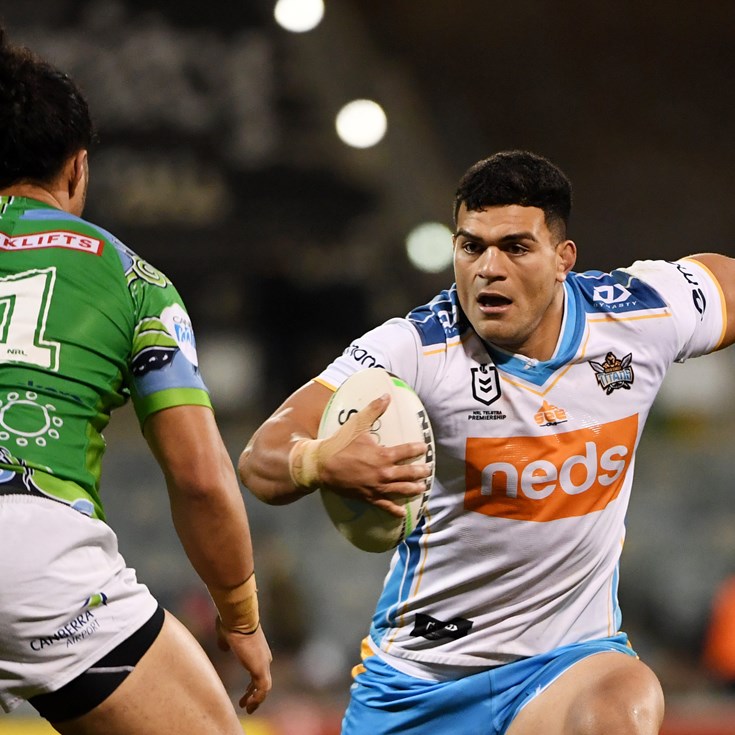