As part of the Voice Against Violence campaign former Canberra Raiders captain Alan Tongue visited Weipa in Far North Queensland to deliver their message through the common language of sport.

Through the influence of rugby league Tongue was able connect and engage the small community on the Gulf of Carpentaria coast of the Cape York Peninsula.

Thanks to the partnership with Rio Tinto, Workpac and Goodline, and with the support of the North Queensland Cowboys, Tongue facilitated workshops over the course of six days with the help of the NRL Game Development staff and also former Kiwi International Clinton Toopi, former Papua New Guinea International Ray Thompson and former Jillaroo Renae Kunst.

Tongue, who was born and raised in Tamworth in north east New South Wales, told NRL.com he always appreciated the chance to take positive messages to small communities as part of his role with rugby league.

"For me I've always been about looking after community," Tongue said.

"Growing up in a small community has been a big part of my life and rugby league gave me an opportunity.

"The Voice Against Violence workshop uses that common language of sport, in particular rugby league, to help people understand the issue of violence and ways that we can shape the future to make it better for our generation and the next generation.

"I know we took plenty away from it but I'm hoping that we added plenty of value to their community too."

Tongue said the trip was a rare chance to bring rugby league to Weipa and that the NRL community team was eager to return to Far North Queensland.

"Because of its isolation they probably don't get as much rugby league as other areas, so being able to go in there and reach the community in the way we did was something really special.

"I was a really positive trip and a great experience but there is still plenty more to be done.

"We are hoping this is something that grows in the future."

The visit coinciding with the Weipa Fishing Classic, the largest community event in Cape York.

"There's so many stories but I really found the people to be awesome, they were all really welcoming and so grateful that we were there," Tongue said.

"It's a massive weekend with the Fishing Classic and I'm so glad I was to be there to experience it. We got to go fishing for a couple of hours one morning as well and caught a few fish.

"It's just such an iconic part of Australia and it was an unreal experience." 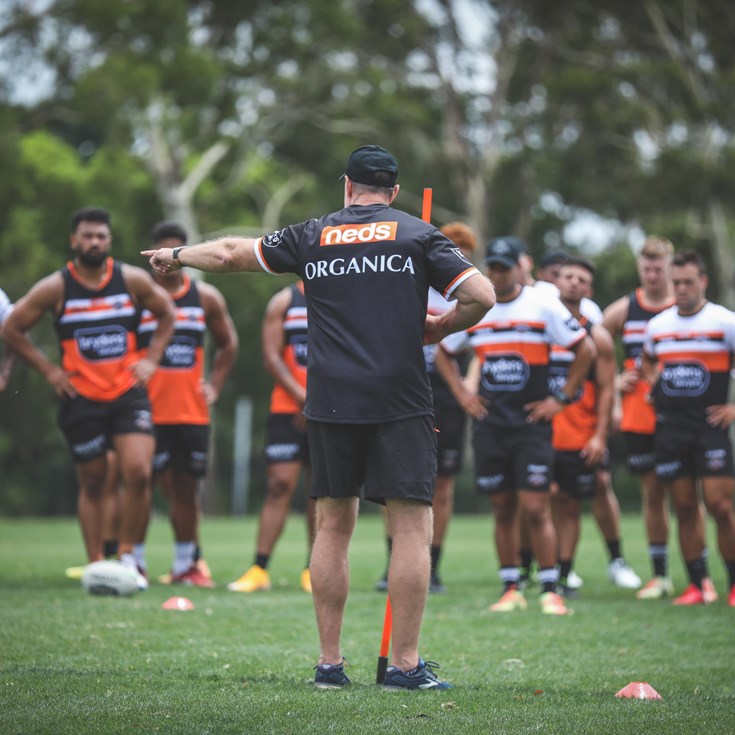