Maddie Studdon's job situation looks set to have a happy ending after she met with her former employers DP World about working on the wharves again amid a flurry of other job offers.

NSW coach Ben Cross revealed she left her job the week leading into the inaugural women's Holden State of Origin due to increased rugby league commitments.

Cross was asked about the sacrifices female athletes continue to face in the game following NSW's 16-10 win over Queensland and the former Blues forward was quick to detail Studdon's current off-field situation.

The playmaker was a shift worker at the wharves in Port Botany in between working as a casual in game development at the NRL and competing at the highest level, but could no longer balance shift work and the rising demands in women's rugby league.

Studdon had a meeting with the company earlier in the week and will meet again to discuss more flexible options, but a role in the NRL remains on the radar.

"I don't want people to think I put it out there to get a job," Studdon told NRL.com at the recent women's leadership forum held in Sydney.

"That's why I didn't say anything all week leading into Origin. I only told my coach. He's very passionate about the girls and the commitment we put into the game. He just wanted to put it out there that we put everything on the line for the game."

Studdon reiterated her relationship with DP World was healthy and the 23-year-old maintained her recent departure was a mutual decision.

"I did resign because we couldn't meet with getting time off. I was struggling and wasn't putting my 100% into work," Studdon said.

"Instead of getting sacked, I resigned because I do want to work there again later in life and I do love that job. They understand and have been very supportive of my situation.

"We'll see what happens with our talks, I just don't want to do shift work at the moment."

The Roosters recruit was overwhelmed with the support from rugby league circles, including NRL CEO Todd Greenberg, who told Triple M last weekend the code would offer Studdon work.

"This week I've had a lot of people offering me jobs and everything but I'm going to chill out for a little while and figure out what I really want to do with my career," Studdon said.

"There's been heaps of offers, warehouse people have come up to me, truck drivers sending me things.

"It's been a whirlwind week. I'm going to chill out for a little while and figure out what I really want to do with my career." 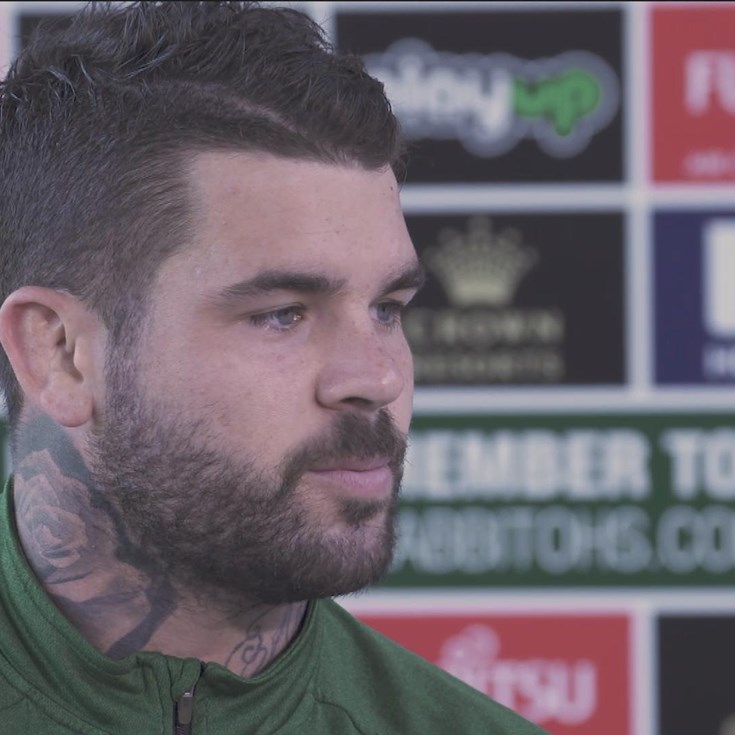