Dallin Watene-Zelezniak concedes the representative period has taken its toll on the Panthers and believes the disruptions caused to training has contributed to their recent form slump.

The Penrith fullback preferred to focus on Friday night's crucial clash with the Warriors when he fronted the media on Tuesday rather than the club's mid-season review.

They remain in the top four thanks to a better points differential than the Warriors but back-to-back losses against the Roosters and Sea Eagles have raised alarm bells around the club.

Experienced representative players James Maloney and James Tamou have expressed their concerns in the past month, with Maloney describing the period for the side as "disjointed" while playmaker Nathan Cleary has conceded he found it tough backing up during the Holden State of Origin series.

After returning from Denver for the mid-season Test last week, Watene-Zelezniak was next to claim the side's sudden dip of form was on the back of limited time with each other.

"I think the biggest change has been not having us all there at training sessions," Watene-Zelezniak said on Tuesday.

"A few of us have had to skip some, we haven't had time. Our last time we were a team all week training well was against the Dragons.

"The last few weeks have been interrupted but that's excuses we can use to make us feel better.

"But we're playing in the NRL and that's not an excuse."

Former NSW rep Trent Merrin added the period was the biggest challenge for the side on top of a horrible injury toll to start the season.

"Players are in and out of the team. They've done exceptionally well to get back here and put the team first but at the end of the day it's a tough gig.

"The energy levels aren't going to be where we need them to be. It's up to us who aren't in those teams to lift and rise to the occasion."

Talk of a mid-season review surrounding future coaching structures at the club was news to Merrin on Tuesday.

"Nothing has been said or changed at all inside these walls," Merrin said.

"I can't speak much because I don't know what's going on.

"It's a positive sign too, we're in the spotlight. Everyone's got desire for us to get to where we want to get to. If we do slip a little bit they're going to be on us. We've got a big role to play but we're heading in the same direction.

"It's a long season, you have some losses along the way, but we're all working hard to get to the main goal. We can bounce back this week and everyone can be quiet then." 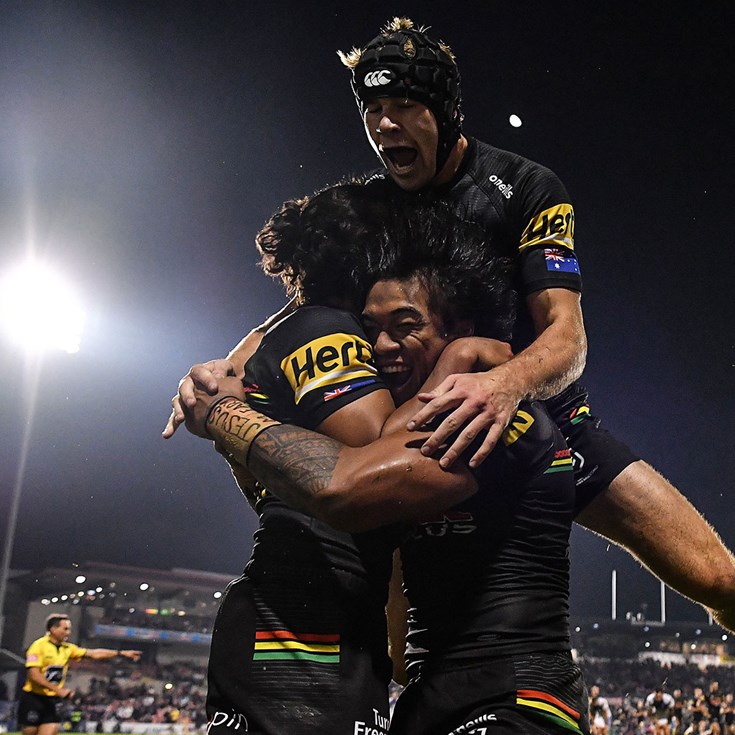 Acrobatics from To'o seals the deal for Panthers

Behaviour talk a 'storm in a tea cup' for Cleary