Both these sides are desperate for a win after enjoying a week off in the bye round, after blowing winnable matches last time out.

Newcastle were outclassed by Canterbury on home soil in arguably their worst performance of 2018, while Parramatta were run down by St George Illawarra in frustrating circumstances last start at WIN Stadium.

Both teams are out of contention for the semi-finals, so expect a points avalanche at McDonald Jones Stadium.

Key match up: Mitchell Pearce v Mitchell Moses. Nathan Brown knew his team was in trouble when his star halfback limped off with a pectoral injury in round seven against the Tigers. Victories have been hard to come by since, but expect the hosts to be pumped up with the return of their prized off-season recruit. Moses has endured a tough year, but the playmaker always competes until the final whistle.

For the Knights to win: Give Connor Watson as many touches of the Steeden as possible. After an inconsistent start to his career in the Hunter, the past few weeks the pivot has displayed his class. Also look for Danny Levi to carve up the Eels' middle from dummy half.

For the Eels to win: Their under-fire forward pack must follow the lead of Nathan Brown. The lock never takes a backward step on the field, but he needs some support. Look for Daniel Alvaro to continue his encouraging recent form.

Knights stat attack: Despite sitting in 12th spot on the ladder, Newcastle boast the best set completion rate (80 percent) in the competition. Winger Shaun Kenny-Dowall has chalked up the most intercepts (3).

Eels stat attack: Given where they sit on the ladder, it shouldn't come as a huge surprise that Brad Arthur's men have made the most tackles in the league (5638). Prop Daniel Alvaro has been an ironman without the ball in hand, making 640 tackles.

And another thing: Long-term Knights fans don't mind facing the Eels - overall they won seven more head-to-head games than Parramatta stretching back to 1988. One of those victories happens to be the 2001 grand final, where Andrew Johns engineered a second premiership for the club.

Newcastle will start the match 1-17 after Sam Stone and JJ Felise were left out an hour out from kick-off. The Knights have named halfback Mitchell Pearce to return from a pec injury. Nick Meaney debuts at fullback for Kalyn Ponga (hamstring) and Danny Levi starts at hooker for Slade Griffin (knee) with Nathan Ross coming onto the bench. Daniel Saifiti (foot) returns in the front row pushing Herman Ese'ese to lock, Aidan Guerra to second row and Sam Stone to the reserves. Luke Yates and Jack Cogger were dropped from the squad 24 hours out from game time.

The Eels will start 1-17 after Kane Evans and Kaysa Pritchard were left out an hour before game time. Tepai Moeroa (suspension) returns on the bench for Will Smith in Parramatta's only change. Kirisome Auva'a and Jaeman Salmon were left out 24 hours out from game time.

Petero Civoniceva's prediction: Both teams are playing for pride, but I think the return of Mitchell Pearce will be the catalyst behind a Newcastle win at home. The Eels just don't seem to know how to win at the moment, losing has become almost a weekly habit. 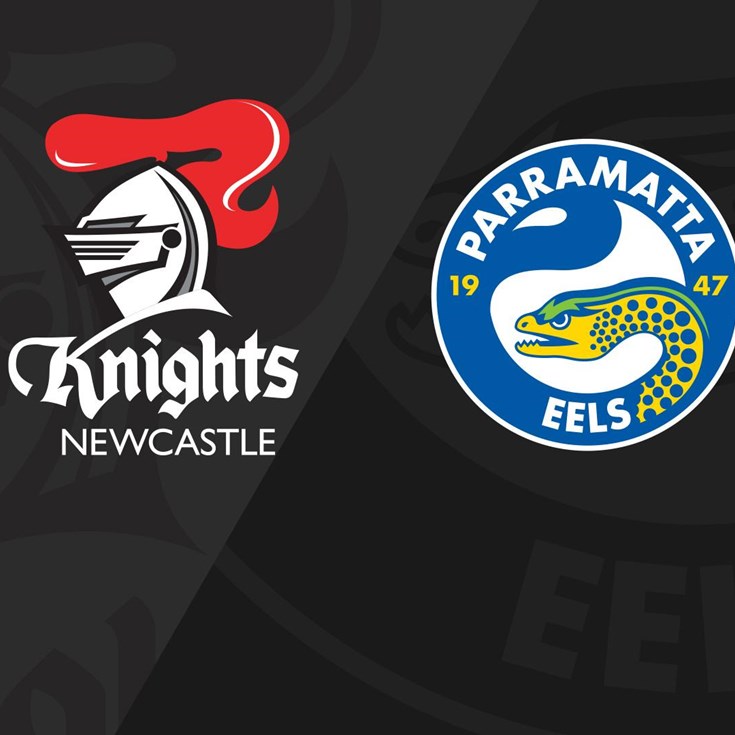