Queensland game two debutant Kalyn Ponga produced the most intense five-minute period of any player in this year's Holden State of Origin series, according to Telstra Tracker data.

Much has been made of the Knights whiz-kid's stunning debut. A young fullback who played more than 50 minutes of his Origin debut in a roving lock role, making 29 tackles – a figure it took him seven rounds to reach at NRL level this year, according to NRL.com Stats.

He produced a blistering line break that almost stole the win for his state. He looked calm and composed well beyond his years. But there was also an apparent over-reliance on the budding superstar to the point that the sublime opening spell of returning fullback Billy Slater tapered off once Ponga entered the fray as the team tried to readjust an attack which had been working pretty well up to that point.

As good as Ponga was, Queensland were 10-6 to the good before he got on but trailed 4-12 in his time on field.

That's not Ponga's fault; he did everything that could be asked of him and then some. But there must be questions over whether he was used in the most effective way.

What the numbers do show is the effort Ponga invested into his Origin debut simply cannot be questioned.

The 151.0 metres per minute produced by Ponga in the opening five minutes of the second half of Origin II was the single most intense five-minute period of any player at any point of this year's series.

It was a very high-intensity period of play with both teams averaging out to 131.4m/min in that time but Ponga was a clear standout. For context, the average match-time intensity for the Blues in game two was 102.3 metres per minute and for Queensland 99.8 metres per minute.

The other player deserving of special mention from game two was Blues bench forward Angus Crichton; the in-form Rabbitoh had a brief stint in the first half while Tyson Frizell underwent an HIA but returned in the second half like he was shot out of a cannon.

His intensity for the first five minutes when he came back on was 143.4 m/min on average.

Compare that to the mean average for both teams of 89.4 m/min in that period and there is no doubt he made a big impact for NSW who were 12.3% higher than Queensland during this period as the Blues looked to hold out an attacking Maroons team that was enjoying some good field position. 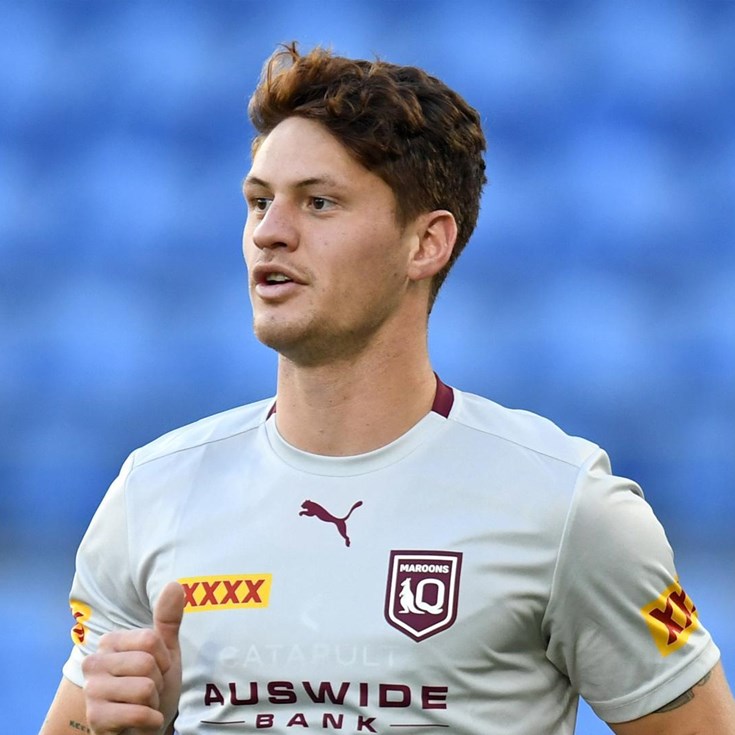