Telstra Tracker data from the thrilling conclusion to the 2018 Holden State of Origin series has revealed a surprise name at the top of the top-speeds list: Maroons halfback Daly Cherry-Evans.

The maligned Sea Eagles skipper silenced his doubters with a composed, match-winning performance.

While a skilful swansong from retiring legend Billy Slater earned him the match award from the Australian selectors, few fans were left in any doubt that DCE was the best player on the field in the 18-12 win with his pinpoint kicking game piling immense pressure on the Blues in the first half – a passage that eventually proved critical as the series winners flagged late in the tense game.

Cherry-Evans was unlucky not to nab a try assist just three minutes in when a slight bobble from Slater saw a possible four-pointer overturned, his long kicks repeatedly pinned the Blues in their own back corners and he forced three drop-outs with perfectly weighted grubbers.

He also supported to score the critical match-winning try mid-way through the second half.

On top of all that, the 29-year-old edged out noted speedsters Val Holmes, Josh Addo-Carr and Tom Trbojevic to register the highest individual speed of Origin III.

DCE's max speed of 35.5km/hr came when he supported a Cameron Munster line break and Gavin Cooper offload to score his second half try. It put him in the top bracket of all players across the series; only Blues backs Josh Addo-Carr (36.3 in game one and 36.1 in game two) and James Tedesco (36.2 in game two) have registered higher speeds this series.

Looking at game three in isolation, Cherry-Evans just edged out clubmate Tom Trbojevic (35.3km/hr during his intercept try), while Addo-Carr (35.2 in a second-half line break) was again amongst the fastest.

Valentine Holmes clocked 34.2km/hr during his long-range intercept try while an impressive and desperate chase from Blues forward Tyson Frizell (34.1) on the same play saw him round out the top five. 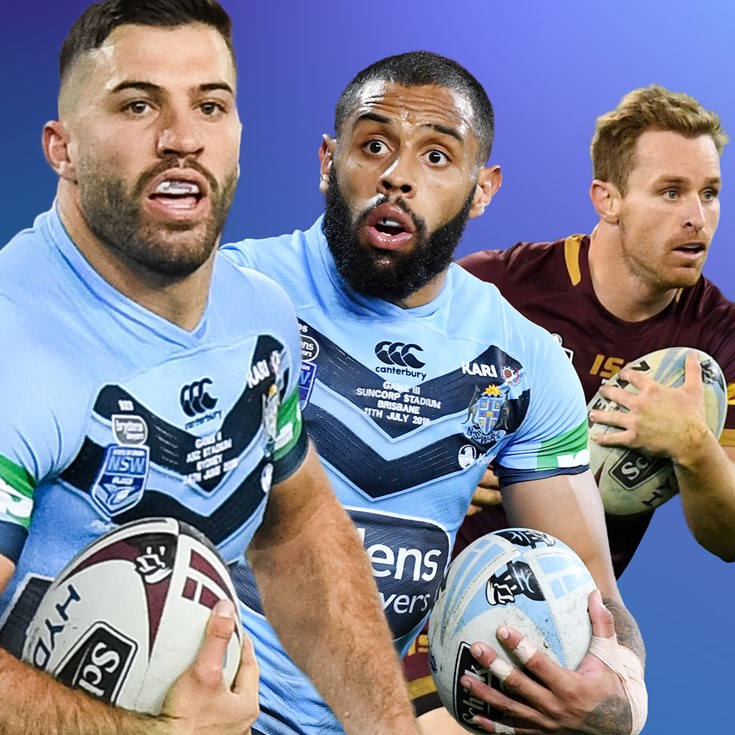