Despite being around this game for a long time now (since 1978), it's news to me that there's supposed to be a caveat on State of Origin's player of the series which states you must play all three games and be on the winning side.

Because that appears to be the crux of the Billy Slater saga, which is the biggest State of Origin controversy around a player award since the 1980s when Wally Lewis was named man of the match four times in five games from game three 1982 to game two 1984 (and stretched it to six from eight in '85).

The award was then voted on by working media and Sydney scribes privately, and even the Blues captain of the time Ray Price publicly, cried of conspiracy and bias, especially when games were at Lang Park and the Brisbane journos had the weight of numbers.

There was no player of the series back then.

Wally, as we all know, went on to become an Immortal and now has the Holden State of Origin's big player award named after him.

These days, the wagon of opinions is much longer, and they spread a lot wider – through TV radio, the net and the social media spheres.

But has the decision of three good men deserved the degree of outrage that has hailed down like a thunderstorm on, if not a great Origin series certainly one of the best 'dead rubber' games we have witnessed.

Indeed, many commentators who have played at that level called it one of the best matches in the past decade.

The jury of thousands had their say, that's the world we live in.

And then, when everyone's opinion on who should have received the award was collated across many forms of the media, not only did Slater not get one vote (from what I have seen - except mine) with most saying he should not have legitimately been a contender.

Hardly a soul said it wasn't the outrage it was made out to be. All the theories and criteria were brought out to push a point. In essence, there should be the aforementioned caveat.

Absolutely fair enough to say James Tedesco, man of the match in game one and very, very good in game three, should have been rated above Slater.

Fair enough to say how fantastic a handful of the Blues were in all three games.

But don't attack Slater on the basis that he missed game one in a series that had an aggregate score of 52-44, or suggest it was a sentimental send-off award.

Or that, after 11 out of 12 years of misery when NSW finally deserved to win the series, that it's God-given that they should also walk away with the glory of having the Wally Lewis Medal, because the Maroons have every time they won.

Of course the integrity of the judges has been questioned in all this, don't pretend otherwise.

Of course, between the lines written, is the undertone of Maroons bias with there being two Queensland legends on the three-man selection panel of Mal Meninga, Darren Lockyer and Laurie Daley.

Man of the match and player of the series will always be subjective and garner contrasting opinion unless there is a clear-cut stand-out.

But to not have Slater in the picture - as so many on the bandwagon have stated? Please.

A real disappointing thing in the wash-up is that Valentine Holmes – who has now scored eight tries in four Origin appearances – came up with one of the most special plays in one of the most exciting interstate games ever, with three minutes remaining.

It has hardly rated a mention.

The athleticism, in the 77th minute, to latch onto James Maloney's pass to save the Maroons from conceding a certain try, and perhaps a three-nil whitewash if the game went into extra-time, was completely lost in the controversy.

I haven't read a line about it outside the match reports.

And what about the Blues' defence in the first half when they had 30 per cent of possession? Blues assistant coach Danny Buderus rated it up there with the best NSW defensive display during the 21 games he played (18 as captain), alongside game three in 2005 when the Blues had to defend for 29 successive tackles early in the game, then won 32-10.

In the lead-up we heard 'has Origin lost its sheen or popularity?' And 'they won't even fill Suncorp Stadium'. Other themes like 'should we fiddle with eligibility' and, like it was asked in 2005, 'can Queensland compete again without their freakish generation of champions?'

What about TV ratings? Wasn't this year's series played for the first time in yonks without the likes of Cameron Smith, Johnathan Thurston and Cooper Cronk? And we have a whole new ball game with something like 19 players who hadn't played Origin before game two last year. It's not unexpected ratings dropped.

Slater was among, if not the best two players, the best three players, in both his matches. He absolutely transformed the Maroons when he returned to the Queensland side in game two. There is no doubt they would have lost 3-0 if he didn't play this year.

The voting system? None are perfect.

Awarding 4-3-2-1 votes per game, when player performance was fresh in mind, seems pretty astute to me but, like any, has pitfalls. Maybe the only further-reaching system could be to rate every player out of 10 in all three matches and then the judges use that as a guideline.

But to howl the place down and banish Slater to a virtual awards imposter and have him a 40-20 kick away from being marginally worthy, in my view, is out of kilter with the issue.

All because the award bucked convention and was given to a player who was absolutely outstanding - but didn't play the whole series and came from the losing team.

Anyway, it wouldn't be the first time my views have been called old and out of step. But it was worth offering a counter-opinion.

Neil Cadigan has been in rugby league media or in senior administrative positions since before State of Origin was launched in 1980, starting with The Daily Mirror in Sydney. He's a former managing editor of Big League magazine and NSW editor of Rugby League Week, an Australian Sports Writer of the Year who wrote (ghosted) the autobiographies of Immortals Andrew Johns and Wally Lewis, among other books. 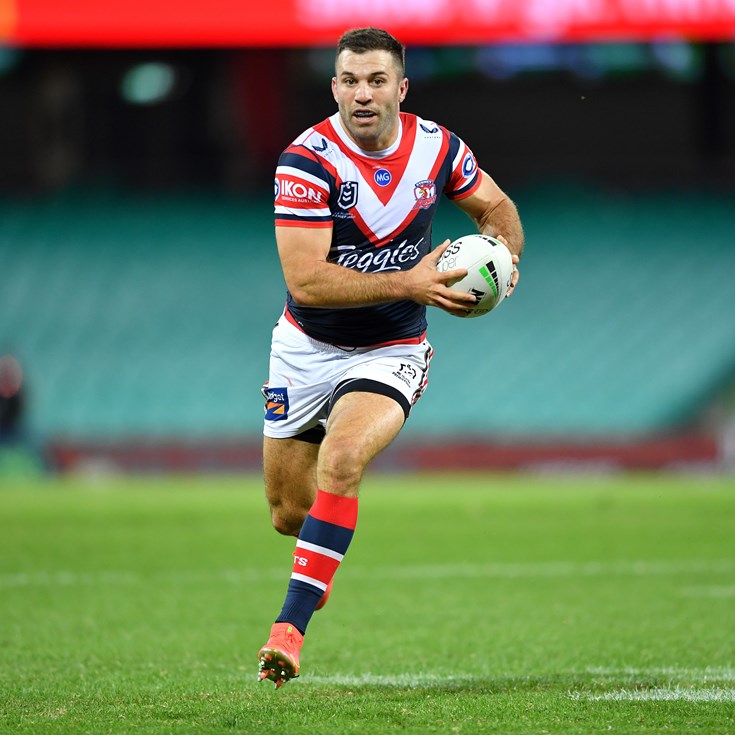