Injured Cowboys playmaker Michael Morgan admits it is heartbreaking to see Johnathan Thurston's career wind down in a nightmare fashion as the club faces the unwanted task of avoiding the wooden spoon to finish the year.

Morgan said Thurston was the first person he thought about after being told he would miss the remainder of the Telstra Premiership season, and dismissed claims the club was in a hangover period after a successful six-year period.

Labelled one of the premiership favourites in the pre-season with the return of Thurston and co-captain Matt Scott, the side have been the biggest disappointments of the season as they slumped to a 13th loss on the weekend.

"I don't know what's happened, none of us do, I wish I knew the answer after round four," Morgan told NRL.com.

"They are big seasons, big years, but at no point do we as a team think that's good enough and we can live off past seasons.

"Everyone goes into that club every Monday morning bitterly disappointed about what's gone on that weekend."

The Cowboys have done a remarkable job in the last three years to keep their premiership-winning squad together with 14 players remaining – not even last year's Melbourne Storm grand final team can compare.

Ben Hannant and Rory Kostjaysn announced their retirements, while the club lost only James Tamou to a big money offer from the Panthers. The club also lost rising star Kalyn Ponga and Panthers back-rower Viliame Kikau in between.

But coach Paul Green's loyalty to current players in the squad remained the vital piece in the puzzle, that now continues to be tested as he contemplates a shake-up for the remaining seven games of the year.

Morgan rejected claims Green was offside with members in the squad, indicating he re-signed earlier in the season in hope the Cowboys mentor would follow.

"As a group we really like him as a coach," Morgan said.

"He can be an intense coach, he was probably more intense when he first arrived at the club but he's probably relaxed a little bit.

"You don't want a coach that doesn't care. When he came in he built a really good culture about being a tough footy team and one to beat.

"I know this year hasn't gone to plan but as a club we're looking for reasons why it hasn't gone as well as we wanted."

Morgan is four weeks post-surgery as he recovers from a season-ending biceps injury.

His biggest regret is not being able to finish the year alongside Thurston.

"It's sad to see what he's done for the game and especially our club, be so down this year after a number of games and not have the season everyone was hoping he'd have," Morgan said.

"That was one of the main reasons I was upset and disappointed. When I knew I was out for the year the first thing I cared most about was that I wouldn't play with him again.

"Knowing that I couldn't help give him the send off he deserves ... it sucks.

"The ultimate goal was to win the competition but we wanted to have at least a successful year where we put ourselves in a position to challenge for it.

"That's the mentality a lot of our team have towards him, no one wanted to send him out not making the finals." 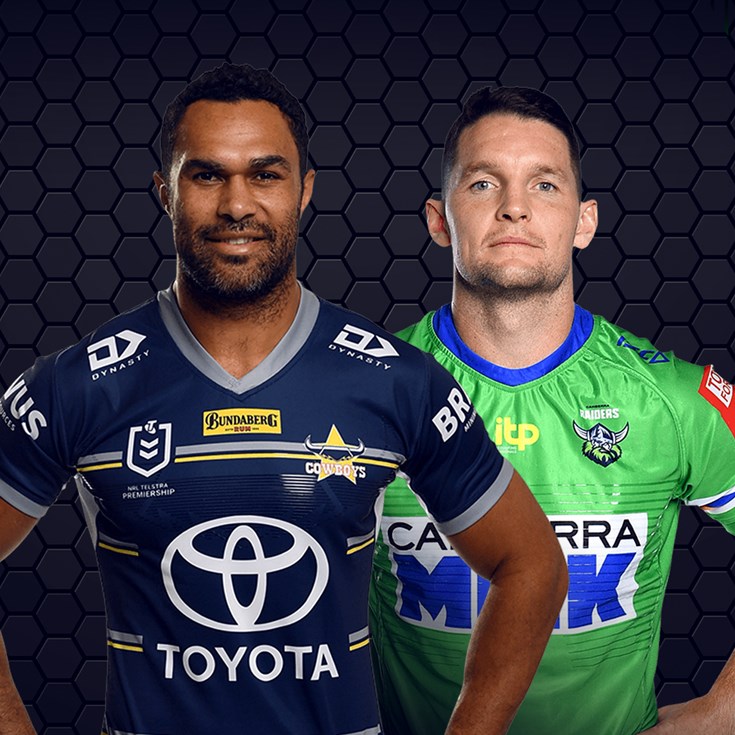