Newcastle Knights coach Nathan Brown is leaving any decision to play injured five-eighth Kalyn Ponga against the Cronulla Sharks until the weekend.

Ponga has battled on and played for the past few weeks with a niggling ankle injury which he suffered at training. On Thursday his ankle was locked in a moon boot.

The rising star started at five-eighth last week in the win against the Panthers, and has been named there again to face the Sharks, while Connor Watson is on an extended bench.

Ponga's performance against Penrith left Brown with a few questions as to who would be better as Mitchell Pearce's halves partner, despite initially selecting Watson for the role.

"At the end of the day does Connor play much differently whether he plays fullback or five-eighth? No he doesn't play a great deal different anyway," Brown said.

"Kalyn has probably a different style to Connor, but his role from fullback to five-eighth again does not change - they are different in how they play the game but their roles don't change necessarily.

Ponga in doubt but Watson will return for Knights

"How that all unfolds we probably won't know all that until next year, when we sit down with both the boys and see what they prefer."

Ponga will be given until Saturday to prove his fitness, which could cause a shake up in a few positions.

"It's the same problem, it's just some days you think it is getting better, but his problem is getting a little worse," Brown said of Ponga's ankle.

"So whether he gets to this week's game or next week is anyone's guess at this stage."

Nick Meaney has been named at fullback and has been somewhat of a lucky charm for the Knights, winning all three games he has played at NRL level.

Newcastle will need all the luck they can get against Cronulla, with the Sharks winning the past seven matches between the two sides including the 48-10 result in round 12 this season.

"I think if you look at the record, when you come off three wooden spoons, I think everyone's got an impressive record against the Knights in the past three or four years," Brown said.

"I think Penrith had a strong record, and we have been able to turn that around and get a win.

Counting down his days as a NRL player, retiring forward Chris Heighington says he is looking forward to coming up against his Cronulla teammates after playing five years in the Shire. And he was quick to come up with a player who he would like to put a big hit on for old times' sake'.

"Would like to put a shot on him - but he doesn't get a lot of shots put on him all over the ground.

"But it will be mixed emotions I guess, I had five great years at the Sharks, had some success there and I enjoyed my time." 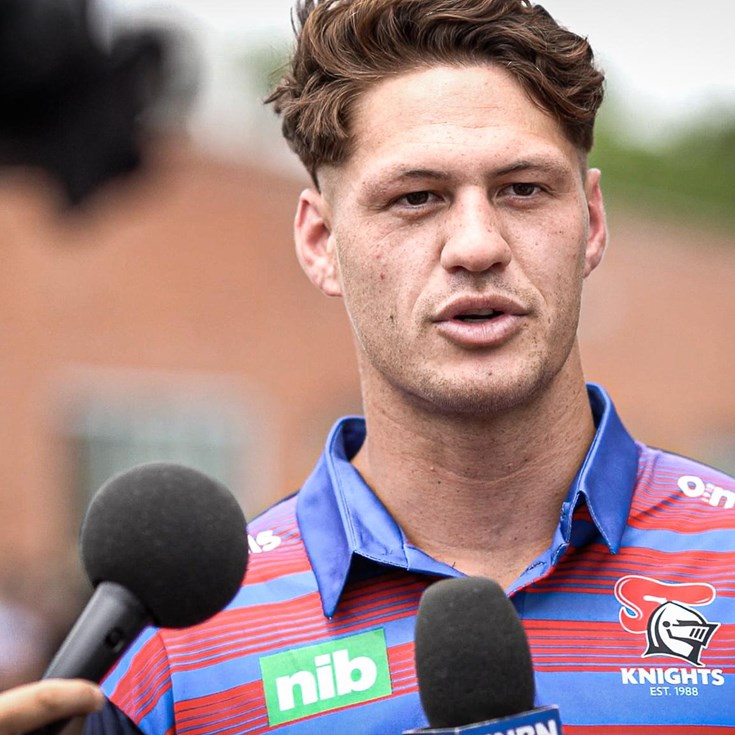 O'Brien on Cloud 9 and 1 as Ponga, Brayley combo builds