NSW Origin stars Tom Trbojevic and Damien Cook are prime examples of most modern-day rugby league players who are preparing for life after football.

Manly fullback Trbojevic and Rabbitohs hooker Cook were previously acknowledged for their dedication to off-field pursuits when they were named in the 2017 RLPA/NRL Education and Wellbeing Academic Team of the Year.

The award highlights players' academic achievements and this year's team will be announced at the 15th Players Champion Awards on September 11 at Doltone House, Darling Island.

"We have a duty and an obligation as a game to prepare our players for life after football," Heptonstall told NRL.com.

"Playing rugby league unfortunately has a short-term life span and that's just the reality of it. So when the National Youth Competition started in 2008 we made it compulsory that if you weren't working or studying than you weren't allowed to play.

"What that created was this acceptance and this culture of learning, along with a smooth transition for our players."

To be eligible for the award players have to be established first-graders, show a long-term commitment to their respective educational programs and have a positive influence within their own club.

Heptonstall believes players like Trbojevic, who is undertaking a Bachelor of applied Finance with Bachelor of Economics, and education student Cook, along with five other NSW players, are leading the way for the next generation of players.

"Whether it's studying at university or undertaking a VET (Vocational Education and Training) course, it's important because its beneficial to the player, it's a benefit to the game having more educated people coming through and it's also a benefit to the next generation of kids," he said.

"In the NSW team this year there was seven at university who had either completed or are currently undertaking a degree.

"So the young ones that are coming through are looking up to Tom Trbojevic and Damien Cook, along with the other boys and saying 'wow they're the very best players in the game' and they're doing something outside football that will benefit them in the future."

Heptonstall said it all wouldn't be possible without the 16 Careers Coaches at each club.

"Their (the Careers Coaches) sole purpose is to unearth the passion in the people's life outside of football and put them on a pathway," Heptonstall said.

"That's really where the work is done with the 16 club career coaches, they're the ones who make sure it happens and make sure the players are on top of their commitments outside of football."

Mannah took out last year's Academic Player of the Year for his commitment to his Bachelor of Sports Business degree after competing a Diploma of Financial Planning. 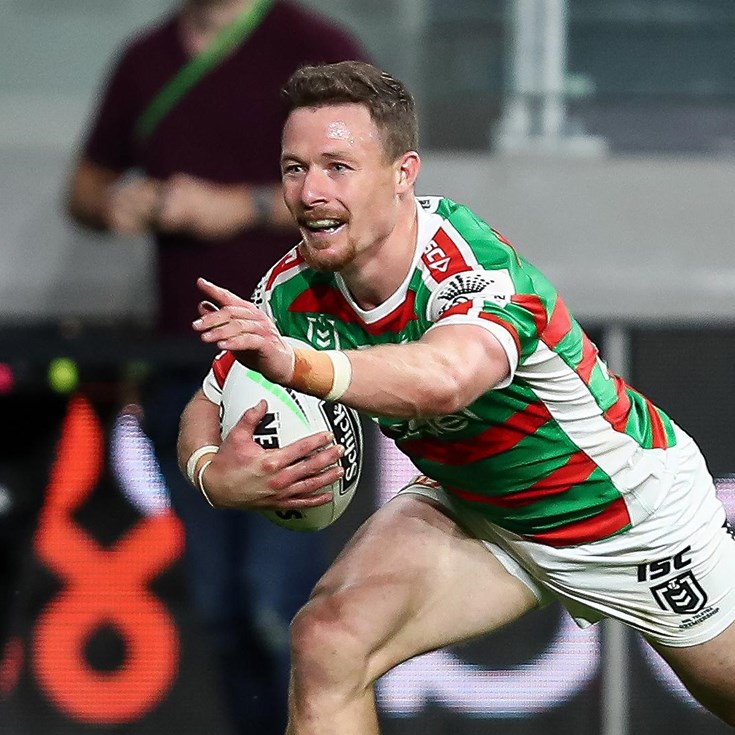 'One Zoom a week': How Wayne rebooted Rabbits by barely coaching