It was the wrong time and place and Matt Dufty now knows that.

He says front-rower James Graham was right to tear strips off him for enjoying a laugh with teammate Nene Macdonald in the spa after the last home game of the season. After all, the Dragons had just been thumped 38-0 at Jubilee Oval by the Bulldogs.

The dust-up between Dufty and Graham attracted a few headlines and the young fullback is big enough to take ownership of what happened.

"Everyone wrote a few things that I was on my phone and whatever," he told NRL.com.

"It was the wrong time and wrong place. James walked out of the toilets, and obviously he wasn't happy. No one was happy after a performance like that.

"It was ill-timed for me to laugh. Jammer (Graham) is a senior player and if he's got something to stay, it's coming from a good place," Dufty said.

"If anyone knows me and James, we're best friends, even if we fight about little things like who's buying the coffee, but there's a lot of respect."

Dufty denied there was any team disharmony, or a fractured relationship between him and Graham, over the incident.

Kurt's the Mann to replace Widdop

"There was no right and wrong what he or I did. We were on the phone together that night and we had breakfast the next day together.

"Things happen in team environments. But we're all mates. [That argument] was nothing that affected the team because we went out and got two wins in a row."

The Dragons scored 24 points against Newcastle (round 25) and 48 against the Broncos (elimination final) to earn the right to play South Sydney on Saturday night at ANZ Stadium in the knock-out semi-final.

Dufty said the Dragons were confident Graham, who suffered a concussion in the Broncos win, will play.

"If anyone knows James, he's going to be the angriest guy in the world if he can't play," Dufty said.

"It's not the first head knock he's had and it won't be the last. But I think he's OK. He's been talking and looking alright during the week.

"Jammer is a great leader and especially with Gaz (skipper Gareth Widdop, shoulder) gone, we need him.

"Some of the boys were feeling a little nervous before the Broncos game. But Jammer gave us a pep talk and what he said as inspiring and got us ready.

"He told us he came to the Dragons to win a premiership. His words put us at ease that he would do anything for us.

"He's one of the toughest players going around. And we love him." 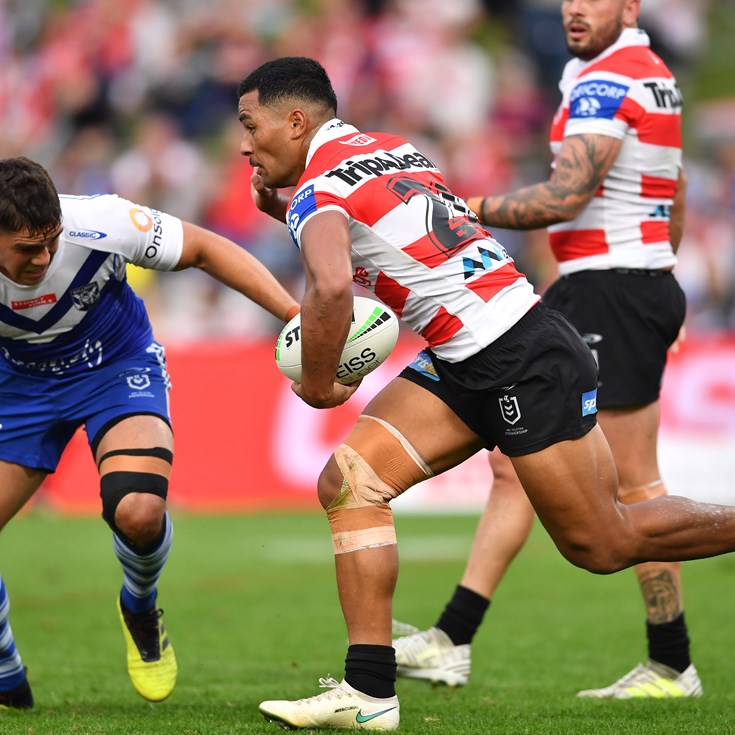