Greg Eastwood has finally left Belmore as a premiership winner, having been an integral part of the Bulldogs' sweep through the silverware of the Intrust Super Championship.

After knocking over the Newtown Jets to win the Intrust Super Premiership grand final a week earlier, the Bulldogs knocked off the QRL's best in Super Intrust Cup premiers Redcliffe Dolphins on Sunday.

It was handsome seven-tries-to-three win, 42-18, at ANZ Stadium.

That was the venue of previous heartache for Eastwood as a member of the losing NRL grand final sides of 2012 (Melbourne) and 2014 (South Sydney).

"Definitely to lose two of the big ones and then come here in ISP and hope you won't feel that way again," Eastwood told NRL.com.

"We just had to work hard for each other and dig deep because I definitely didn't want to go out in a losing way again.

"I hope I helped the boys and led them around. I tried to push myself and we ended up winning.

"It's a far better feeling than losing I can tell you."

Bulldogs captain and goal-kicker Rhyse Martin even handed over the green tee to Eastwood to convert winger Jayden Okunbor's try in the 71st minute.

Martin had earlier presented 31-year-old Eastwood with his jersey in the dressing rooms.

"He's been a big part of this group. A lot of young guys look at him like an idol," Martin said of Eastwood.

"There's no better way for him to leave this club, no better send-off than a title.

"For me I've loved every minute, every opportunity to play alongside Beastie."

It seems an odd nickname – Beast – for someone so softly spoken and highly respected.

But the poignancy of the Beast's final battle in the famous blue-and-white jersey wasn't lost on coach Steve Georgallis.

Now it might be time for Eastwood, a former Kiwis international (six Tests), to become emotional as he tries to find a third NRL club.

After 241 NRL games with just two clubs – the Broncos and Bulldogs – Eastwood's contract with the Belmore club wasn't extended and he's looking for a new home.

"I said I just wanted to focus on my footy. But now that's done I'll start talking with my manager and try to sort out a club," he said.

"I still want to go around but it's hard at the moment with a lot of clubs having salary cap issues.

"I just wanted to play good footy and I think I've done that.

"So I hope something works out."

Meanwhile, he is proud of his nine seasons with the Bulldogs and the memories he created.

"You can't pick one. But coming to the club all the way back in round two of 2009," Eastwood said.

"I scored a try on debut and just felt like I was home.

"The [NRL] grand finals too. We didn't win but they are something few experience and you take all you can from them despite the result." 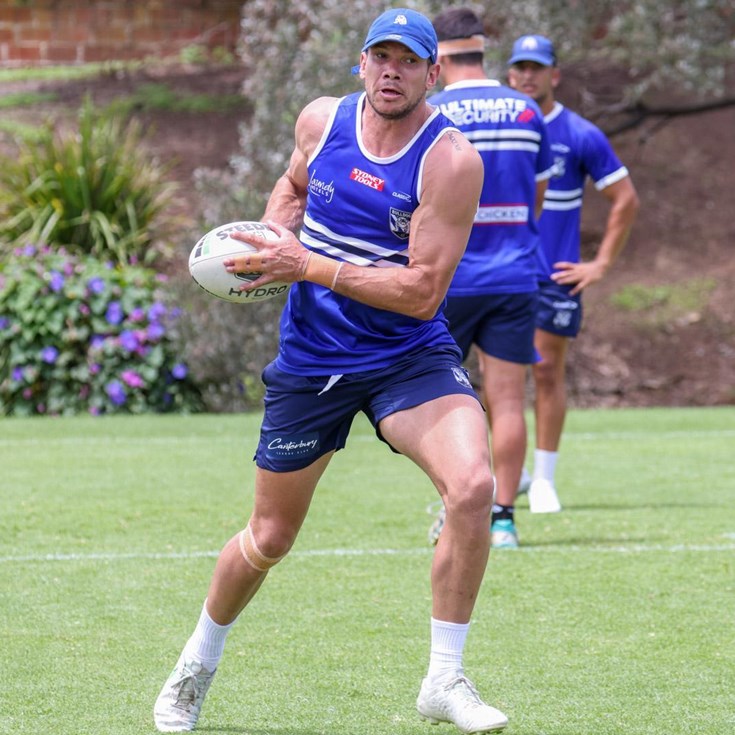